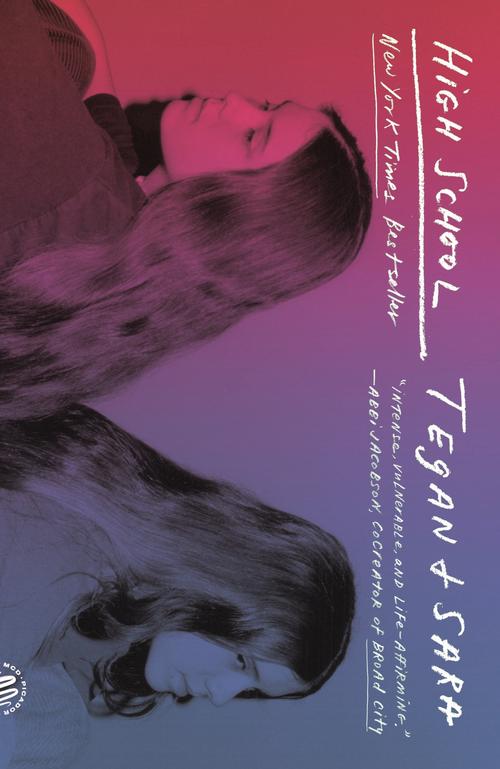 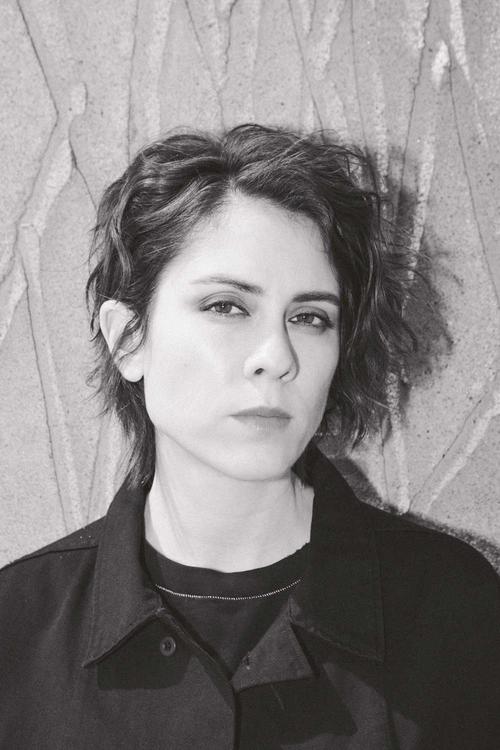 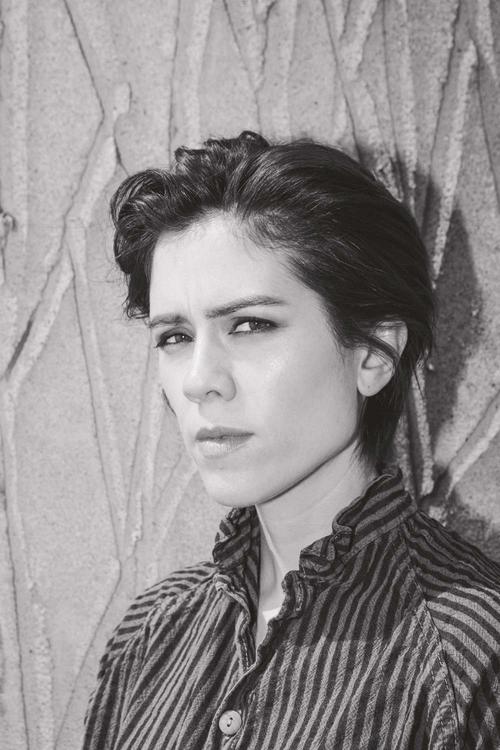 From the iconic musicians Tegan and Sara comes a memoir about high school, detailing their first loves and first songs in a compelling look back at their humble beginnings

High School is the revelatory and unique coming-of-age story of Sara and Tegan Quin, identical twins from Calgary, Alberta, who grew up at the height of grunge and rave culture in the nineties, well before they became the celebrated musicians and global LGBTQ icons we know today. While grappling with their identity and sexuality, often alone, they also faced academic meltdown, their parents’ divorce, and the looming pressure of what might come after high school. Written in alternating chapters from both Tegan's and Sara’s points of view, the book is a raw account of the drugs, alcohol, love, music, and friendship they explored in their formative years.

A transcendent story of first loves and first songs, High School captures the tangle of discordant and parallel memories of two sisters who grew up in distinct ways even as they lived just down the hall from each another. This is the origin story of Tegan and Sara.

An excerpt from High School

I have no visual memory of Tegan before we were four years old. There is proof of her existence: scores of photographs of us posed together on couches, sitting on laps, or standing side by side in our cribs. But, the snapshots in my mind contain no trace of her. What I can summon is the feeling of her. As if she existed everywhere, and in everything.

In preschool, a lump was found in her left arm that required surgery. We were separated for the first time since birth. On the first day of her hospital stay, I was left in the care of another woman with a set of twins, the same age as Tegan and me. While her children played together, I sat on the floor of their bedroom, stunned by my sister’s absence. On the second day, I lay on our grandmother’s living room couch with a fever. Opposite me, I registered the empty space.

Without Tegan I had become me. And it was awful

When we were three years old, Sara suffered from a bout of night terrors. I have a vivid memory during that time of her flat out on her back, in the hallway outside her bedroom, her pajamaed limbs flailing, and my parents on either side of her trying to calm her down. In the memory, I am reassured by my mom and dad that Sara is okay, that everything is fine. But I am left uneasy, unsettled.

When I shared this memory years later, my mom and dad were quick to correct me: it was me who suffered from the terrible dreams all those years ago, and Sara who watched from her bedroom at the end of the hall. I have it backward, they insist.

I wonder frequently how many of the memories I carry of Sara are actually my own. How much of my early life have I confused with hers? Our tangled nature makes even me feel interchangeable with Sara— indistinguishable, bound, and suffocated. There is often a violent urge in me to tear those early memories of us apart, even if just in my own head. But I admit, there is also great comfort that comes from traveling through life with a witness, an identical twin to corroborate your version of things.

Imagine the map of Canada. If you placed your finger on the Pacific Ocean just north of the U.S. border and dragged it east across the Rocky Mountains until the topography flattened out and the states of Idaho and Montana were stacked below, you’d find the city of Calgary sprouting between the foothills and prairie of Alberta. In the 1970s an oil boom doubled the city’s population and sent skyscrapers shooting up along the bank of the Bow River. The cold mountain water sliced the wealthy western quadrants into north and south before it converged with the Elbow River, vertically splitting the city’s southeast side in two. Beyond the suburban sprawl was a sea of mustard yellow farmland thick with barley, and in every direction a sky blue as the ocean. From September to early June, temperatures dipped as low as minus thirty degrees Celsius and snowstorms buried entire streets of cars under snowbanks frozen like waves in midcurl. When the chinook winds from the west raised normally frigid temperatures above freezing, people swarmed the streets in short sleeves. The summers came and went quickly, and the long, desert-dry days were broken up by storms that rolled in from the south and the east in cinematic scope. Hailstorms of golf ball–size ice exploded windshields, split foreheads, and dented cars. The sun didn’t set until 10:00 p.m.

My twin sister, Tegan, and I were born at Calgary General Hospital on September 19, 1980. Our parents had met six years earlier at Saint Mary’s High School. Both arrived in Calgary under duress as teenagers: my father an orphan from Vancouver, and my mother fresh from Catholic boarding school in Saskatchewan. Our mother briefly dated our father’s brother, and our father dated our mother’s best friend. After graduation, our father took a job working at a lumberyard, and our mother attended community college, where she earned a diploma in youth and child development. They began dating in the autumn of 1977 and married in June of 1978. With money for the down payment from our grandfather, they bought a house, and our mother became pregnant with twins. Thirty-two weeks later, we were prematurely born into the world eight minutes apart. Baby number one, born at 5:56 a.m., was my sister, Tegan Rain Quin. Baby number two was me, born at 6:04 a.m. and given—according to my mother’s retelling—her second-favorite name, Sara Keirsten Quin. When Tegan and I finally left the hospital a month later, we were still so tiny that our mother dressed us in doll’s clothing.

By all accounts we were extremely easy babies, soothed by the sight of each other, delighting in hand-to-hand combat for hours on a blanket spread out on the living room floor. Our parents’ marriage, however, was difficult. Our father often seemed depressed and prone to long silences that stretched for weeks; our mother was explosive and at her wit’s end. They separated in 1984, and our dad took off for Mexico. When he returned a few months later, he slept in one of a set of wooden bunk beds in the unfinished basement of our house, his alarm clock casting a hellish red glow. The summer before Tegan and I started grade one, he moved out for good and the divorce was finalized. In 1987 our mom started dating Bruce, a handsome man who worked at a steel mill and drove a Camaro. He moved in with us in 1990, and though he and our mother were not married, we referred to him as our stepdad.

In the early 1990s, after Calgary’s economy bounced back from a recession, Bruce and our father worked for competing construction companies that built large houses in the subdivisions multiplying at the edges of the sprawling city limits. Tegan and I spent Saturdays with our father, who moved annually between sparsely furnished apartments and newly built homes. We lived with our mother and Bruce in half a dozen neighborhoods before we finished junior high. Mom hated the suburbs and the identical houses that duplicated and tessellated like cells, so she and Bruce bought a plot of land in the inner-city neighborhood of Renfrew and began to draft a blueprint for a new home.

Our relationship with our mother had grown difficult during our adolescence, but on this one fact the three of us could agree: the move would bring us near to the heart of the city. For our mother, it was a signal that we were moving up in the world. For Tegan and me, Renfrew’s proximity to the record stores, skate shops, and fast-food restaurants downtown meant freedom. In the spring of 1995, a land title for the house was submitted to the school board, proving our intention to relocate to Renfrew the following year. Though we would continue to live in the suburbs while the new house was being built, an exception was made and Tegan and I were officially enrolled at Crescent Heights High School. After Labor Day we started our first day of grade ten. This is where our story begins.