The power of revision in Alexandra Bell's "Counternarratives" 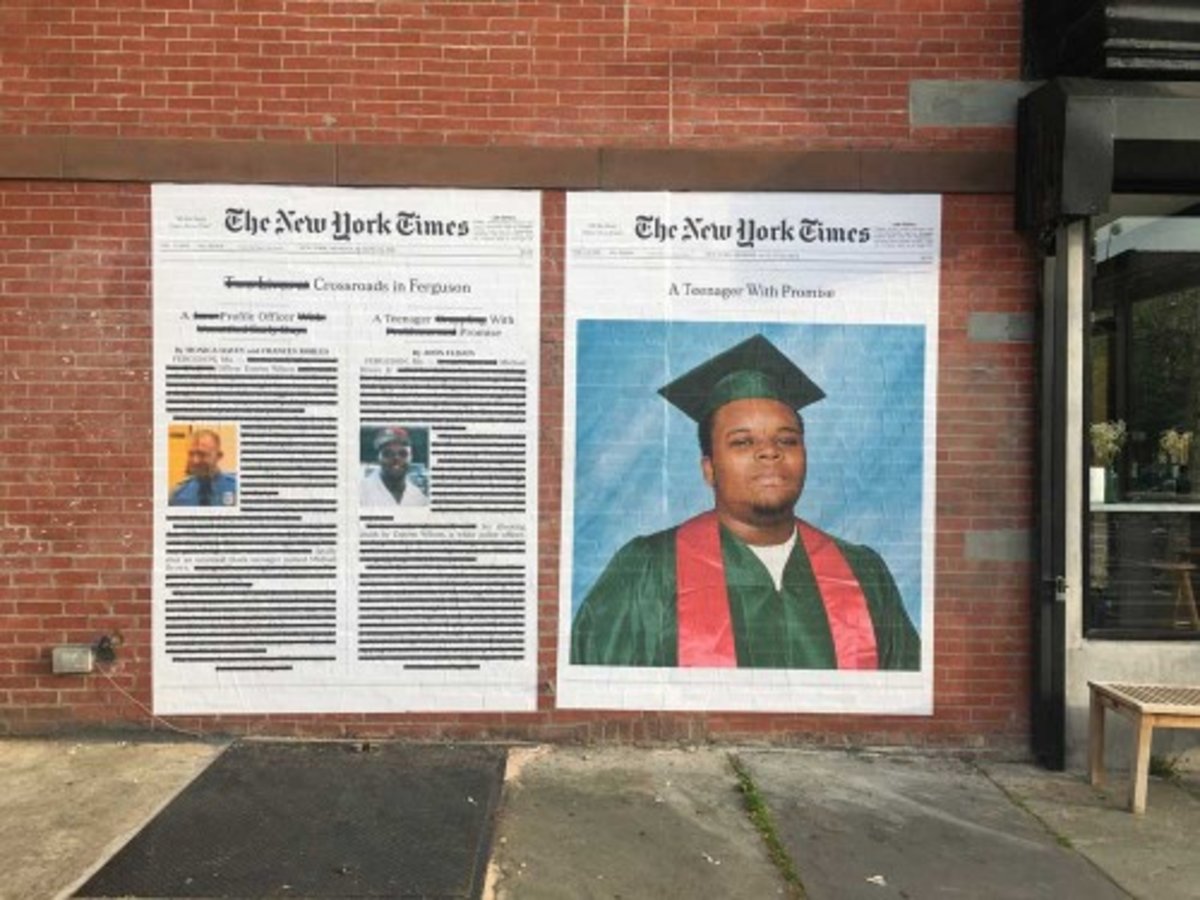 The first time I encountered Alexandra Bell’s “Counternarratives” series was in a New York City subway station. I was stunned by the sight of it: a blown-up first page of The New York Times, most of the text concealed by thick black bars. The point, at first glance, seemed to be about censorship. Upon further consideration, I realized the redacted words — and those left untouched — presented a new story.

Since early 2016, Bell has installed enlarged pages of The New York Times, edited to expose biases concerning race and gender in mainstream media reporting, in public spaces around the country: subway stations, bus stops, the sides of buildings in Brooklyn, and the courtyards of institutions like MoMA PS1 and Atlanta Contemporary. Incisive, acerbic, and easily shareable, the project gained notable traction on social media in the months immediately following Trump’s election in 2016.

In Bell’s own words, the purpose of “Counternarratives” is to “disrupt subliminal messaging about who should be valued.” In the image shown above, the headline “A Teenager Grappling with Problems and Promise” becomes “A Teenager with Promise.” The series encourages passersby to consider the damaging assumptions made by media when reporting a story, and to examine the effects these stories have on our collective societal values. “Counternarratives” also presents a corrective to harmful storytelling, emphasizing the importance of who is doing the telling. After all, the power of a story lies with the person or entity telling it: where they come from, how they view the world, and how they wish to change it. —Danny Vazquez, Assistant Editor, MCD

Keep reading:
⇝ “How Alexandra Bell is Disrupting Racism in Journalism” by Doreen St. Félix, The New Yorker
⇝ “The Trump-Era Boom in Erasure Poetry” by Rachel Stone, The New Republic
⇝ “Redaction Art: How Secrets Are Made Visible” by Cora Currier, The Intercept