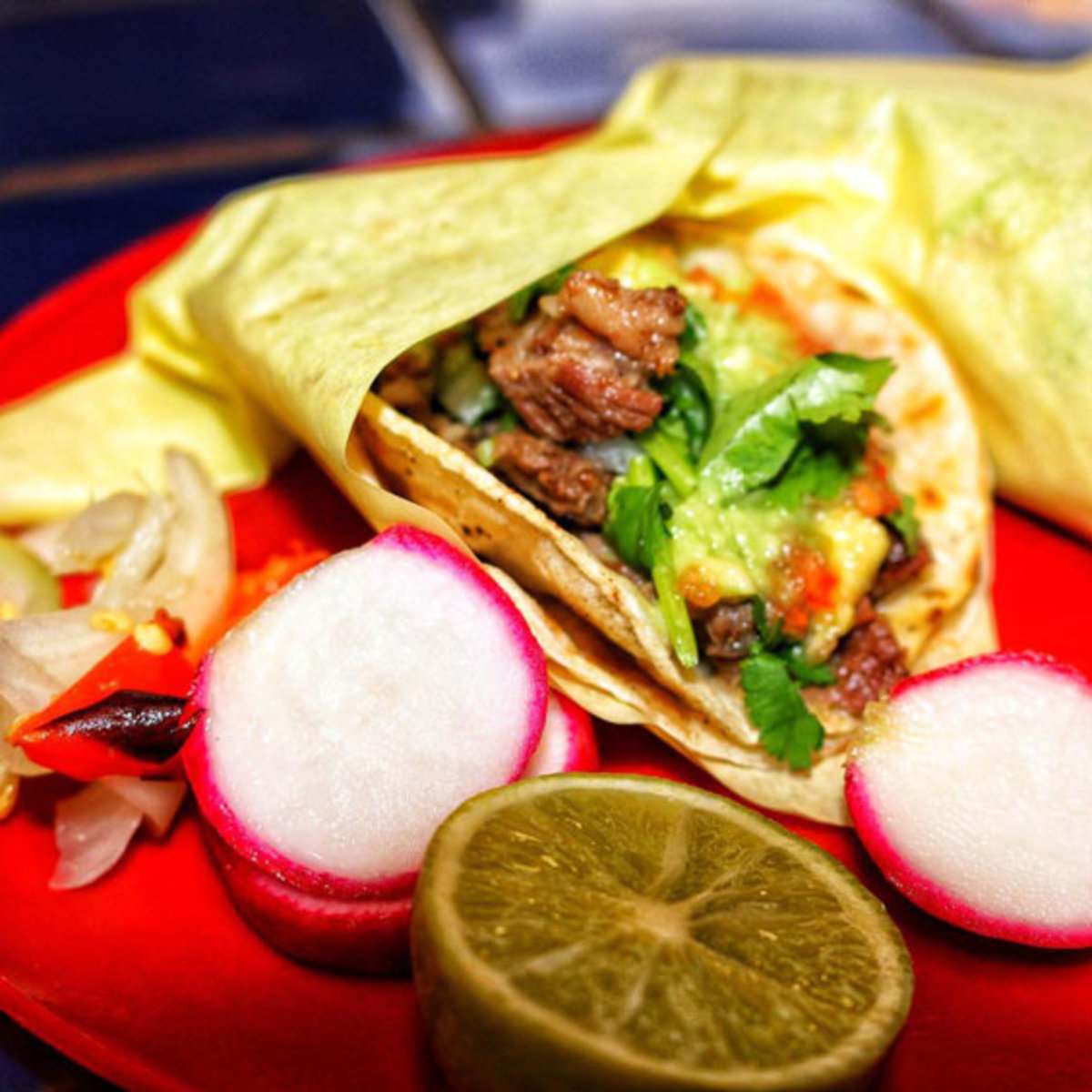 The idea of a taco website becoming L.A.’s most vital news organization only seems implausible for a moment. What better trail to follow to the heart of the city than that of the taco trucks and the folks they’re serving? Of course, L.A. is a giant, sprawling metropolis, a city full of cities, each with its own overlapping histories, cultures, classes, and cuisines—but the taco cuts across it all.

L.A. Taco the website launched over a decade ago to document, well, mostly tacos in L.A. But in 2018, Daniel Hernandez signed on as editor with the mission to make L.A. Taco a news-first platform—to make it, in his words, “a model of what a robust local alternative news platform can look like in the 21st-century. Local news is the only certain future of news!” Hernandez is a former staff writer at the Los Angeles Times and LA Weekly, and came to L.A. Taco from a gig as Mexico Bureau Chief for VICE News, where he had learned to bootstrap coverage of an overwhelming metropolis with some serious determination, a little tech savvy, a band of eager accomplices, and a nose for a story. (Hernandez is also the author of the excellent Down and Delirious in Mexico City.) Under Hernandez, L.A. Taco recruited a band of both experienced and budding reporters who “reflect the cacophony of contemporary SoCal—every race, color, class stature, and identity that is ‘at home’ in L.A. is reflected in our crew.” Now, at the core of the site is the kind of reporting of local issues by local writers going out—to city council meetings, to police precincts, to unnoticed taquerias—to get the story. It feels not just necessary but, often, extraordinary—as in this long overdue profile of LA writer Sesshu Foster, in Hernandez’s coverage of “the Caravan”’s arrival in Tijuana, in their profoundly street-level coverage of last fall’s fires.

When Hernandez took over L.A. Taco, it was a dark time for local Los Angeles media—the fabled Times was owned by a disastrous company called Tronc, and the once-mighty LA Weekly had fallen into the hands of a group of right-wing clowns who fired the entire editorial staff. Even the relatively new LAist had had its plug pulled. There was, to put it charitably (as Hernandez does), “a void” for L.A. Taco to fill. In 2019, things look brighter for LA media: The Times has a new local owner who seems to be making substantial investments; journalist-owned The LAnd is rising from the ashes of the Weekly; and LAist has resumed publication in conjunction with public radio station KPCC. Yet L.A. Taco is still busily proving itself utterly essential to the local news landscape—it has never been better than in its coverage of the teachers’ strike that has all but shut down the L.A. Unified School District.

Recently, L.A. Taco strengthened its social reach and reporting, started to run more video, and launched a membership program. These are not uncommon maneuvers, but in the hands of L.A. Taco, they feel like a genuine community project. (Plus, the membership swag is great—we recommend the hats but the sweatshirts look good, too). In 2019, they’re rolling out a podcast and a variety of print projects. They’re growing fast from their food blog origins, but still, Hernandez promises, “at the end of the day, we’re all about the tacos.” —Sean McDonald, Publisher, MCD×FSG