The AIDS memorial evolving in your feed 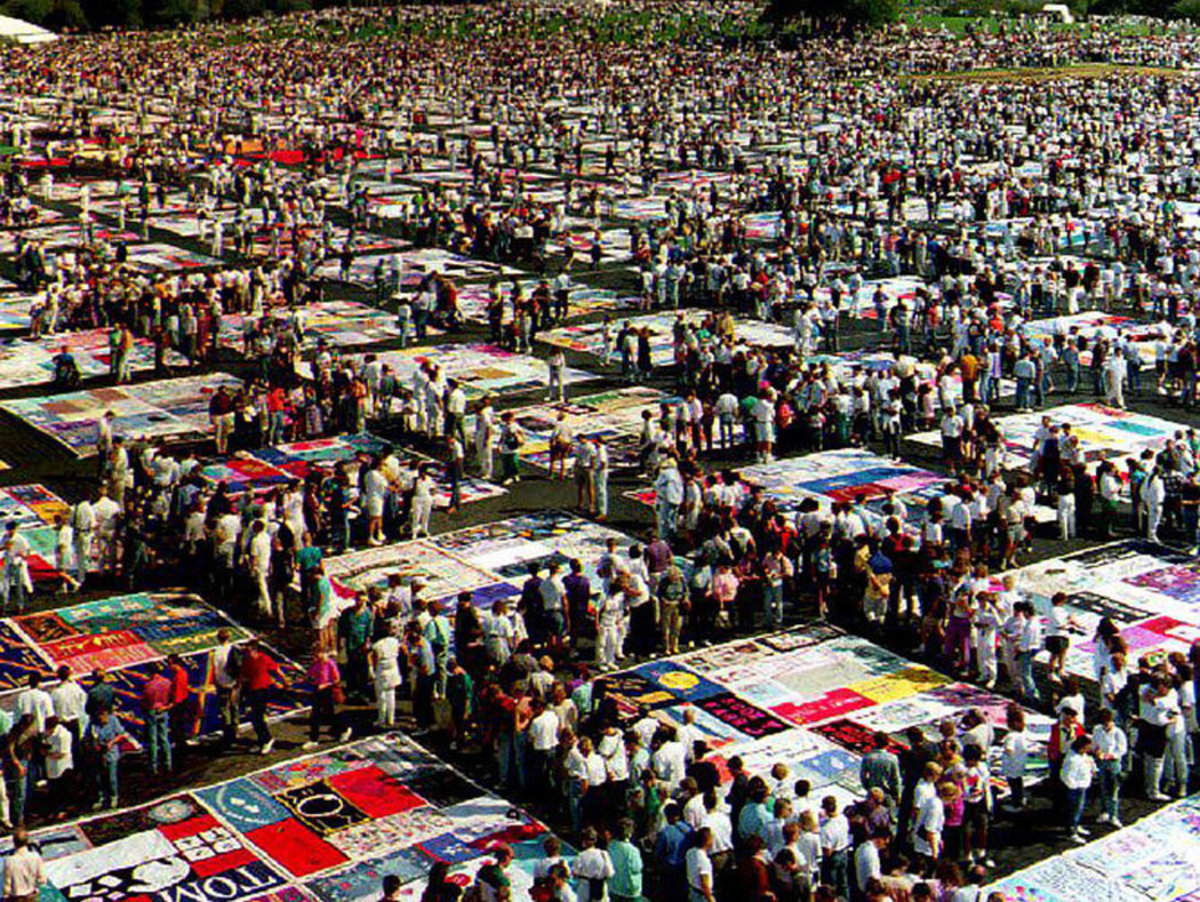 I don’t remember when I began following @theaidsmemorial on Instagram, but it has changed my understanding of the disease. The photos, submitted by the lovers, siblings, coworkers, parents, and friends of AIDS victims, are touching. And the corresponding stories, often rendered in heartbreaking detail, are almost always devastating.

The level of engagement is truly astounding; each post garners thousands of likes and hundreds of comments (at the time of this writing, The Aids Memorial has over 80,000 followers). The account is run by an anonymous Scot named Stuart, who posts consistently and often—there have been more than 5,000 posts since the account was established in April 2016. On any given day, I scroll through two or three in my feed. If you follow TAM—and you should—you know it’s almost impossible to scroll past a post without stopping to read. It’s storytelling at its most urgent and personal.

TAM can be looked at as a descendant of the AIDS Memorial Quilt, a project that was started by a group of activists in San Francisco in 1987 to “document the lives they feared history would neglect.”  To date, the Quilt, which features patches dedicated to victims of the disease, has over 48,000 contributors, memorializes more than 97,000 victims, and routinely travels to institutions around the world. It is estimated that over 14 million people have viewed it.

As with the Quilt, TAM demands attention is paid not only to well-known victims of AIDS, but to the everyday people who, individually and by the millions, defined an epidemic. TAM can be viewed by any of the over one billion people who now use Instagram, meaning it is possibly one of the largest public memorials for AIDS in history, and certainly the most accessible. Most AIDS memorials, from the forthcoming West Hollywood AIDS monument to San Francisco’s National AIDS Memorial Grove, are powerful yet ultimately static tributes to AIDS victims. But like the Quilt, TAM is constantly growing and changing.

I was born in 1994, after the worst of the epidemic. I’ve been taught so much by the range and totality of the posts at TAM, which feature stories of queer men who fell by the thousands during the late 80s and 90s, but also make space for stories of parents, grandparents, straight couples, and unsuspecting children. Since anyone can contribute to TAM, the account reflects the true reach of the disease across race, gender, sexuality, and nationality, effectively dissolving the barriers between them with each story while battling the unrelenting stigma that is unfortunately unique to AIDS.

In a recent [interview with Vogue](https://www.vogue.com/article/the-aids-memorial-instagram), Stuart said, “The shared experiences on TAM in a way are a call to action to never allow anyone—especially the marginalized in our society—to suffer such indignity ever again.” By keeping memories alive through stories on a globally-accessible platform, TAM assures that we remember everything and everyone, especially the ones we never knew. —Jackson Howard, Assistant Editor, MCD×FSG