Wrong Box recreates the internet for teens of the early aughts 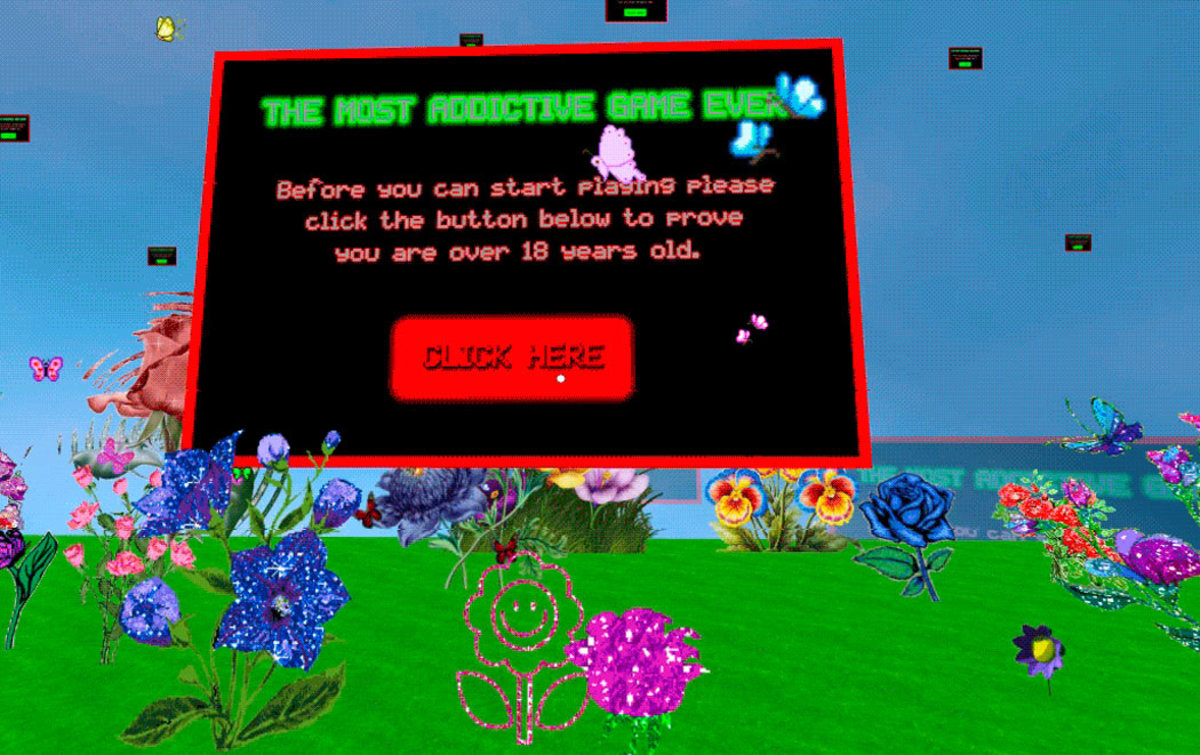 I miss the vocabulary of the internet of my youth, when I would “go online” to “surf the web.” We used these words because they described the internet as we generally viewed it at the time: a destination offering myriad unknown possibilities.

Like you, I spent afternoons watching animated shorts at Home Star Runner, playing The Sims, downloading new music, blogging on my Xanga, chatting with my friends on AIM until we were ROFLing, and my parents insisted I “get offline” and go to bed, TTYL, LYSM.

Today’s internet is, quite literally, an alarm that won’t stop wailing, and the only way to turn it off is to engage with it. And engaging isn’t as pleasant anymore, at least not as it once was. The sense of exploration and possibility — of a virtual universe that revealed itself to be more complex and delightful the longer I spent inside it — has been replaced by a collection of open tabs in a browser and a bevy of apps I flick at like so many intolerable insects until I want to check my inbox, monitor the weather, or scroll through the maelstrom of nightmares unfolding in my feeds. The parameters of the internet universe feel both claustrophobic and invisible; there is little delight. Sure, the nightmare is occasionally punctuated by good things: an incredible essay by a writer I admire, the fundraising project for women’s prison libraries, platforms for streaming old films, the videos my sister uploads of my two-year-old nephew, a clip of a very good boy. But mostly, today’s internet makes me me feel increasingly disconnected from the things and people I care about.

I recently purchased Wrong Box, a simulation game created by artist Molly Soda and game designer Aquma. It’s a “reimagined version of what it felt like to surf the web as a teenager” — specifically, a teenager in the early aughts. At the start of the game, you wake up in your childhood bedroom and notice your old desktop computer. It still works! You boot it up and log on to Ye Olde World Wide Web. Soon, you’re chatting with a friend in an AIM-like chat window; you’re changing the background color of your MySpace-like social media profile; you’re on a quest to recover the mixes you burned to old CDs; you’re trapped in a three-dimensional field of pop-up windows that won’t go away. Clicking them, of course, only introduces more pop-ups! It’s irritating! It’s fun.

At the end of the game you’re back in your bedroom. The sun has gone down; the room is darker than it was before. Your smartphone is on the desk. It beckons, but you don’t pick it up. Not yet. —Naomi Huffman, Digital Director, MCD×FSG

I interviewed Molly Soda about Wrong Box and the future of the internet. Our edited exchange is below:

What do you miss most about your “adolescent internet?”
It’s not that I miss any one thing specifically, but I miss the amount of communities that were scattered across the web. Going online as a teenager was exciting because you could find very specific spaces to match your interests, whether it was a forum for a band you liked or a blogging platform you used as a diary. I felt encouraged to explore and get lost online because things weren’t so neatly tidied up the way they are now.

Our understanding of the scope of the internet and our place as individuals within it has changed over time. How does that evolution contribute to how we use it today?
The internet has become a tool for our daily lives. We don’t make a concentrated effort to “go online”; we are online at all times of the day whether we’re engaging with it or not. It all boils down to convenience — we trade everything for it, opting to use large platforms where we can “connect” with everyone and get everything we need from one place, quickly. Instead of seeking out information, it is fed to us, and we are shown what an algorithm or what advertisers think we want to see.

What does the future of the internet — how we use it, what it looks like, its size — look like to you?
If things keep going in the direction they are going, we will continue to bounce between the same few feeds for eternity. Platforms come and go, and I’m sure we will see the fall of Twitter, Facebook and Instagram in the next few years; hopefully whatever takes their place isn’t a larger, more consuming platform. I hope that people become more interested in being more intentional with their online engagement.

What other art projects influenced Wrong Box?
Olia Lialina’s Geocities archive with Dragan Espenschied, as well as her writing on the evolution of the internet and computers