Take a walk with Craig Mod 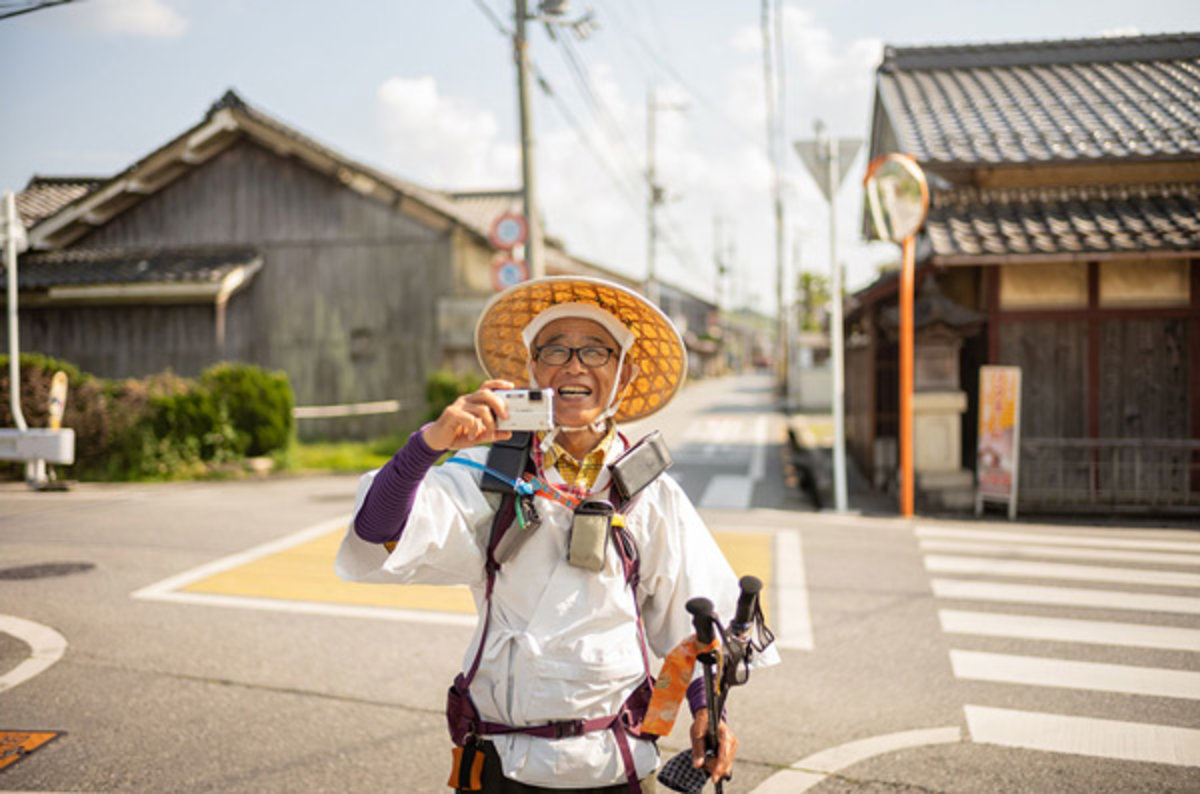 Craig Mod is one of my favorite techno-literary experimenters.

I first encountered his work as a book designer, and then as a digital interface designer. His early resume includes stints in independent Japanese publishing and at Flipboard, and over the last decade he has developed into a one-man literary and artistic lab: essayist (largely on technology, reading, and, ah, walking—more on that in a minute), photographer, designer, podcaster, newsletter-writer.

Right now, Craig is walking from Tokyo to Kyoto. Which is insane—there’s a bullet train for that—but distinctly low-key insane, which is the Craig Mod way. (Thousands of words on ebook interfaces: sure. Thousands more on a fancy camera: OK. A retreat to CERN to re-create the first browser: of course. Walk approximately 300 miles, alone, from Tokyo to Kyoto, complete with custom publishing platform: naturally.) It has a whiff of a wandering monk to it, but that’s cool—we wouldn’t have Wu-Tang without a wandering monk. And it’s a “stunt,” in a sense, if a very slow motion one—it’s more like a hypothesis and an experiment.

I know all about Craig’s walk to Kyoto because I signed up for his SMS publishing experiment. (It’s not too late to join in, though Craig is currently on the outskirts of Kyoto, so act fast! Text “walk” to +1-424-543-0510.) Craig and a few friends hacked together a publishing system that allows him to send out a brief text message and a photo—a text—from the road every day without engaging with the social web. It’s not a group text—you can’t respond to the group, and even Craig won’t see responses until he’s done with the hike. Eventually, the project will become a book—but there will only be one copy, for Craig.

My response to the first message was confused aggravation, which has everything to do with my own forgetfulness about what I’ve signed up for and nothing to do with the message itself. I am bombarded daily with notifications, but the arrival of a text message still feels urgent and intimate, at least to me. And this is neither. The texts arrive separately from the photos; there have been some technical hiccups, but they have only made me feel more a part of the project, a participant in a work in progress. Like all of Craig’s work, each missive is thoughtfully crafted, charming, smart. In the texts, Craig has developed a style that recalls old telegrams—terse but suggestive, poetic (perhaps accidentally). He mostly chronicles distances, chance encounters, and exhaustion. The photos are unfailingly lovely; the landscapes and architecture faintly glow, but for me it’s the portraits of other people—mostly of older Japanese men who were apparently ready to engage with a slightly deranged white guy who looked to have been walking for a long time—that really light up.  I look forward to receiving them each day. I feel like I’m a part of something private—not exclusive, but a little like a club. The most zen fight club you can imagine. I’m not sure what the first rule is (i.e., can I share this photo, or do people need to sign up for the whole experience?), but I know I don’t want to violate it. Except, look at this photo!

Craig has worked hard to earn the trust to be able to group text us all. Jumping into our text message inbox is risky—there are so many ways it could be obnoxious or disappointing! What if he tried to inspire? Or to be deeply philosophical, aphoristic? I’d resent it immediately. But walking next to the bullet train tracks chatting with eccentric old-timers? Sign me up!

A conversation with Craig Mod:

You do a lot of walking. But, I think, usually in groups. How was this different for you? Is that connected to it becoming a publishing/storytelling project?
Right—lots of small group walking. Two or three folks. I did a ten-day walk alone on the Kumano Kodo last year. And I have done some ten-day meditation retreats. I really like walking alone. Walking alone has the benefit of minimizing your intimidation factor, maximizing your vulnerability factor, and eliminating the cloud-of-loud-English-language-coming-down-the-road factor. I’ve talked with probably, on average, twenty to thirty people a day on this walk. I know that wouldn’t have happened in a group.

Walking in a group can also be very teleportational. In that you are so engrossed in conversation you miss the entire day’s walk. Walking alone, sans podcasts, means you’re fully in the walk.

What are the benefits of this project, from the reader’s point of view?
I find having an audience helps me generate narratives; even if I can’t see the audience or know who they are or how many of them are out there, just the idea of an audience is useful as an organizing principle. So, considering that, the big goal was increasing my self-awareness during the walk. And trying to find a way to distill the day into a blip that fits—roughly—into an SMS. It’s been a good forcing function to get me to import and edit photos every day.

Already, even with the limitations of SMS, I found new language around walks—the “floating” “autonomous” nature, the “bobbing consciousness”—that I probably wouldn’t have pulled up without the audience. I still don’t know if anyone’s reading them (aside from two or three friends who bring up the messages in conversation).

In technological terms, the project seems like a literal work in progress in a way that makes me feel more involved, closer to it. Are there things you would have done differently? Was it successful, from your end, in terms of your level of connectivity with your audience, and how that affected your experience?
It’s become exactly what I hoped it would be—a way for me to share the walk without getting sucked into, say, the infinite stream of Instagram. I think there is value in “real time” updates, but I take issue with most “real time” services. So this SMS system was a way to simplify and subvert what’s normally available. Also, I think by invading an otherwise “off limits” or “intimate” space like SMS, the messages take on a very different vibe. I’m just guessing. I haven’t seen the response. And as I said before, I don’t know if anyone, besides you and few friends, get them. I look forward to seeing the book of responses when I’m back home!

It has been 100% non-distracting, and a lovely ritual at the end of each day—the paragraph blurp of the day’s tenor. I just hope people have been enjoying them and the images.

Are you writing about the walk on the days/in the hours when you sat down with your laptop (or whatever you type on)? Historically, do you know how walkers have chronicled their walks? Is that relevant? Do you feel a part of that?
I have two pieces I’ve been commissioned to write about the walk. Hilariously, I thought 20km day would be “off days” for me, and I’d be able to get a bunch of work done on them. It turns out, 20km with a 10kg pack on is no joke. My “on” days were often 35km+, with one being 47km. I’ve been dictating — using airpods and siri and Notes.app — a bunch of notes and observations each day as I walk. It just looks like I’m on the phone to the farmers as I pass by saying, “passing by another farmer, mountains to the east, right pinky toe still throbbing in disconcerting fashion.”

Will more projects spring from this? I know you’ll be making the one hard copy of the book, but you were also making recordings. Should we expect more spin-offs?
I hope so!

How do you feel about the bullet train now?
I’ve been walking alongside the Shinkansen tracks for the last two days and it’s really beautiful. When the trains shoot by they have this total resonance, a primal, birth-of-the-universe vibratory overtone. I’ve listened to more than 200 of them now. They just keep whizzing by. They’re like womb-makers. Suddenly everything is back in the womb. Everything rumbles—the air, the land. But very softly. It feels nice. Womb, bobbing consciousness.