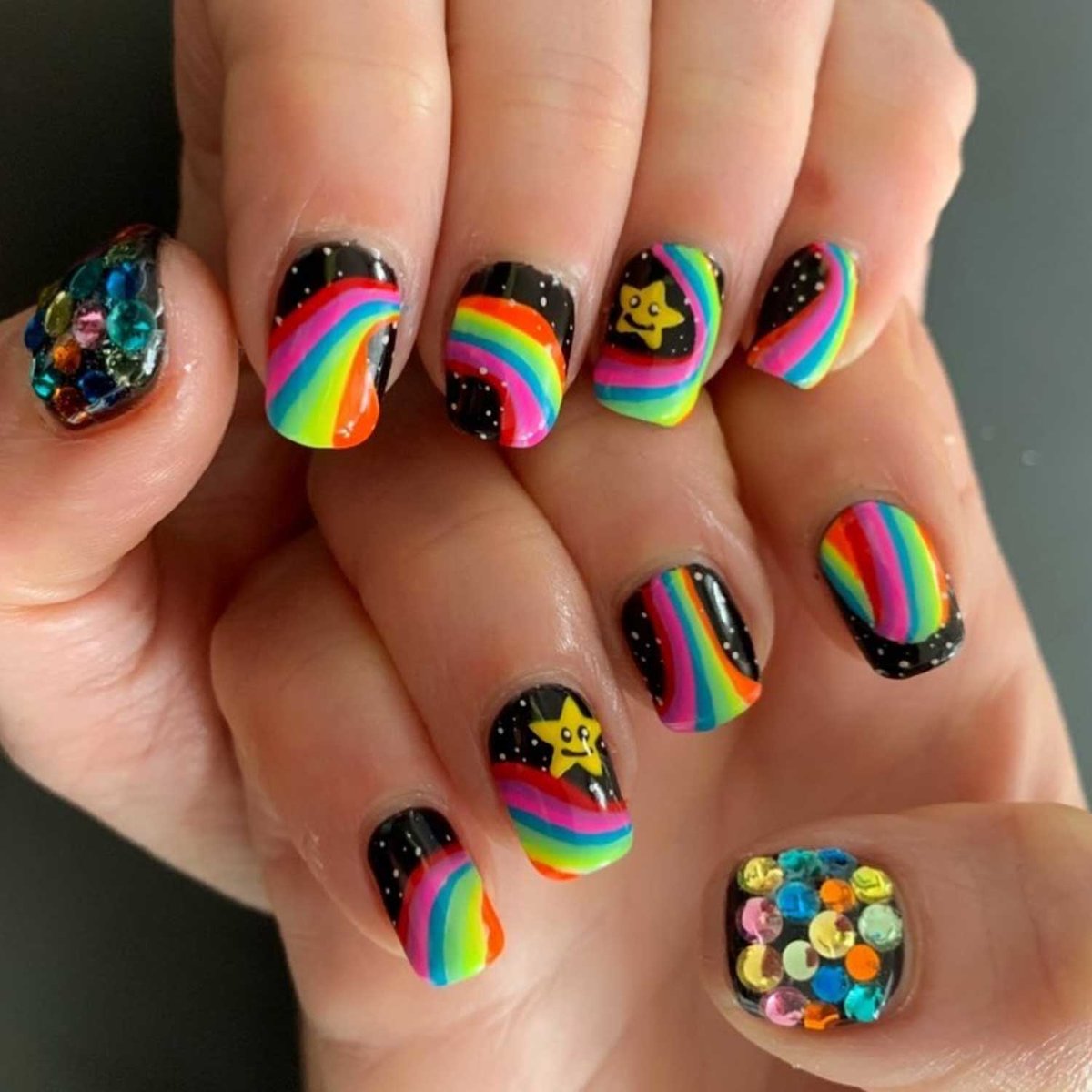 I started painting my nails in college to impress a painter I was in love with. I was a nerdy English major; he was a wild child painting major. Predictably, we don’t speak anymore.

After college, I became more comfortable with my queerness and began painting my nails in earnest. I discovered that a baby blue manicure provoked wildly different responses from subway passengers and coworkers than the chipped black polish, typically associated with goth culture, that I sported in college. As many female-identifying folks know, a manicure can be defensive and sexy, expressive and subtle. For men and male-identifying people, a manicure invites vulnerability, and therefore, a hard-won pride in owning who you are. I’ve come to relish those feelings and the experience of being one of the only men in a nail salon.

Mei Kawajiri is Instagram’s Most Viral Nail Artist. Her nail art is unparalleled. From pop culture to the natural world to complex patterns and over-the-top pageantry, Mei’s nails are defined by their attention to detail, creativity, elegance, humor, and outlandishness. She counts Gigi Hadid, Ariana Grande, Kim Kardashian as clients, and regularly posts work she’s done for various aritsts, YouTube and Instagram celebrities, beauty gurus, and more. For this year’s Met Gala, she did nails for several people, including Karlie Kloss, Emily Ratajowski, and Dua Lipa. Her work is one-of-a-kind, which adds to her appeal. “If you want to go to some big party or event, everyone wants to look special, to have something you can’t get anywhere,” Mei told me recently on the phone.

I first met Mei in February 2018 and booked an appointment with her soon after. As she painted our first manicure together in her tiny NoLita apartment, we bonded, and she’s now done my nails a few times: a Japanese anime-inspired tidal wave roaring across my fingers, rainbow, rhinestone-studded flowers for Pride last year, tropical blooms for a trip to Miami.

I’m not Mei’s only male client; she makes a point to work with people across the gender spectrum. Queer Eye’s Jonathan Van Ness is one of Mei’s most loyal clients. “I see so many men getting nails done now,” Mei said. “If I go to a photo shoot or event, everyone has their nails done. I did nails for Steven Tyler. I didn’t pay attention to his nails when I’d watched his music videos, but he told me he has had black stripe nail art for his whole life! He used to have just one line on each finger, but he’s been adding more. For a long time, cool men have had nails.”

A manicure also makes a statement about class, as Mei points out: “If people have a manicure, she or he has enough time to think about taking care of themselves. Your life isn’t too overwhelming. Your life has a lot of time. Nail art is showing that life. So many of my customers are actually very busy, but they don’t want people to think they have no life or are not enjoying it.”

Beyond the class implications and Met Gala eye-grabbers, at its best, nail art is imbued with personal expression. When I painted my nails black in my college dorm room, and when I asked Mei to do a rainbow pattern for my first New York Pride celebration, my nails said something about me that I couldn’t articulate. Nails tell stories. They illuminate facets of your identity that are otherwise concealed. If you had told eighteen-year-old-me that I’d be getting my nails done on a monthly basis and sharing the nail stylist of several super models, I wouldn’t have believed it. But I’ve never felt more like me than when I get a manicure. When people stare at me on the subway, I always make a point to smile and stare back. —Jackson Howard, Assistant Editor, MCD×FSG