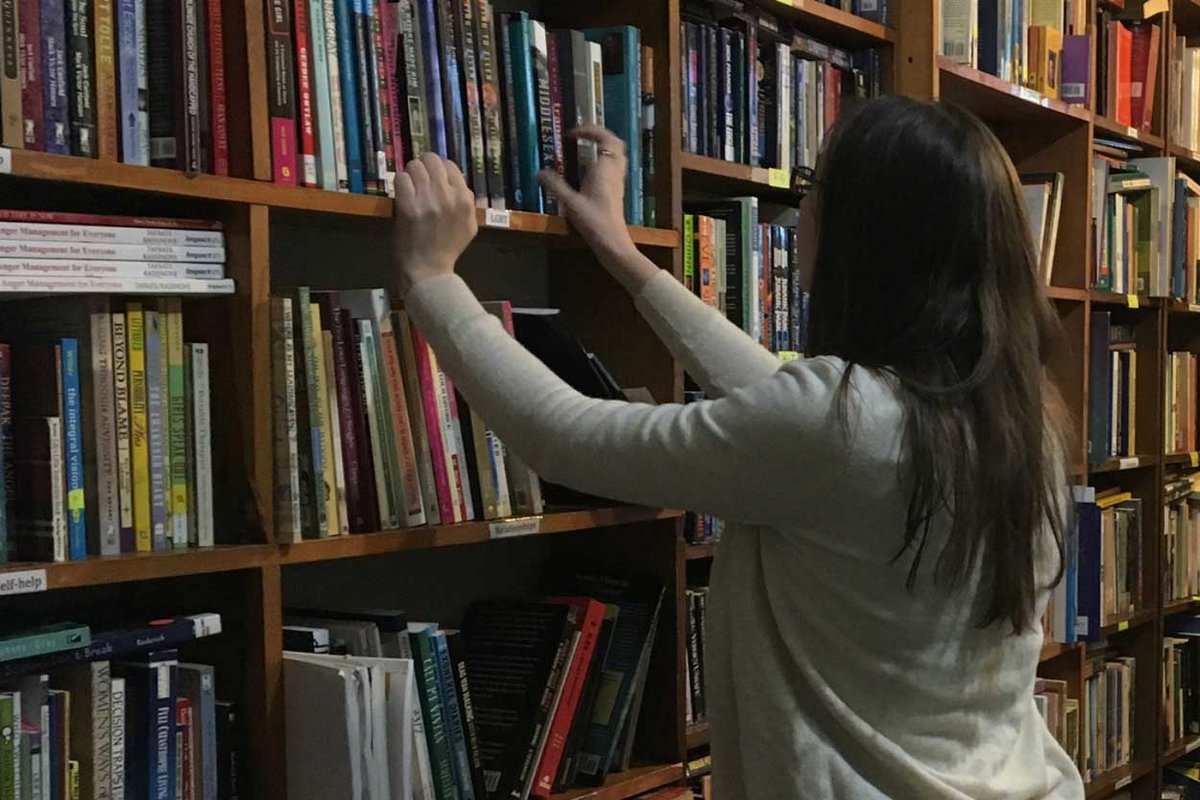 Chicago Books to Women in Prison

In May, the Arizona Department of Corrections attempted to remove and ban Chokehold: Policing Black Men by Paul Butler from its library, claiming it could be “detrimental to the safe, secure, and orderly operation” of its prisons. Last September, Pennsylvania’s DOC announced a terrifying plan to make books available only in digital formats, effectively banning the direct shipment of books to incarcerated individuals. In January of this year, the Danville Correctional Center in Illinois tried to remove over 200 books in its collection that were part of the Education Justice Project’s college-in-prison program.

Each of these unconstitutional restrictions was eventually lifted, due primarily to organized public protest and outrage. That they were instituted in the first place is a reminder, if you needed one, that prison officials feel threatened by a more empowered incarcerated population. Instead of providing resources for education and enlightenment, prison libraries across America are largely sites of neglect, offering damaged, outdated, or irrelevant reading material. Conditions are worse for non-male incarcerated persons; since the 1980s, studies have found a shameful disparity between the resources and instruction available to incarcerated people at male prisons and those available at prisons housing women, trans, and non-binary individuals. Men are taught vocational courses like business administration, carpentry, and industrial design, while women are taught culinary classes and home management. Perhaps unsurprisingly, in the interceding decades, not much has changed.

Chicago Books to Women was established in 2002 to get more books and more kinds of books into the hands of people in prison. They distribute free books to incarcerated individuals in state correctional facilities in Arizona, California, Florida, Illinois, Indiana, Kentucky, Mississippi, Ohio, and in all federal prisons. Volunteers at CBWP field requests for specific books and fulfill them from the organization’s stock of thousands of donated books. The books are then mailed to the requester — three at a time, accompanied by a form for a future order. CBWP regularly updates a list of requests on its website (Spanish language nonfiction; paperback dictionaries; composition notebooks; books on topics like yoga, business administration, nutrition, mental health, language learning) and has partnered with local feminist bookstore Women & Children First for specific title requests. Before donating, make sure to read the list of what they don’t need or can’t use (all hardcover or metal spiral-bound books; outdated technology guides; magazines, encyclopedias). They also accept donations of mailing supplies.

Naomi Huffman: CBWP was founded in 2002. In the intervening time, how has public and institutional support of the organization shifted, and what do you think is responsible for that shift?
Vicki White: Based on my time with the organization, since 2011, we’ve long enjoyed a good level of support by many individuals and institutions. But the increasing visibility and strength of the prison abolition movement has helped programs like ours get more attention as part of a broader array of support for the critical needs of people who are locked up. In addition, censorship of books in prisons nationwide has been in the news. Books-to-prisoners programs have fought back with broad, public support and we’ll continue to do so. In April, there was a national books-to-prisoner conference in Boston—the first since 2007. I’m confident the connections renewed and created there will lead to greater strength in fighting chellenges to prisoners’ right to read and in better meeting the needs of people behind the walls.

NH: What have you learned through your communication with incarcerated individuals and the books they request?
VW: Many things! I’ll mention three that come to mind now: the importance of being able to read books of one’s choosing in an environment that in so many ways stifles people; the urgent need for information on physical and mental health, LGBTQ issues, legal matters, and other critical concerns; and that books can change lives for people in prison—from earning a GED, to building stronger bonds with one’s children by asking for children’s books, to getting tools for reflecting on one’s life and planning for a better life outside proison. Books are a lifeline.

NH: How has the support of other organizations helped to grow CBWP?
VW: We couldn’t have grown so much without that kind of support. We partner frequently with local independent bookstores. For example, two stores organized book drives for us early this year, inviting their customers to buy books for us and focusing on high-demand books that we always need. We’re happy to bring more business to a local independent while making it easy for our supporters to buy us good books. We also love having events at bookstores. The setting—walls of books at one’s fingertips—underscores the situation of the people we serve, who are reading in dire circmstances. We’ve also collaborated regularly with a local theatre group in conjunction with plays related to prison and related issues. Finally, publishers and authors often donate wonderful books that we’d otherwise not have. We’re always looking for new partners. Hit us up!

NH: How has social media assisted in growing support for CBWP?
VW: Social media has been essential. We’ve connected with individuals, organizations, journalists, scholars, and activists that like what we do. Fundraising campaigns, book donations, access to relevant research and news, partnership oppotunties—we appreciate all that social media makes possible.