The gruesome truths of Midsommar 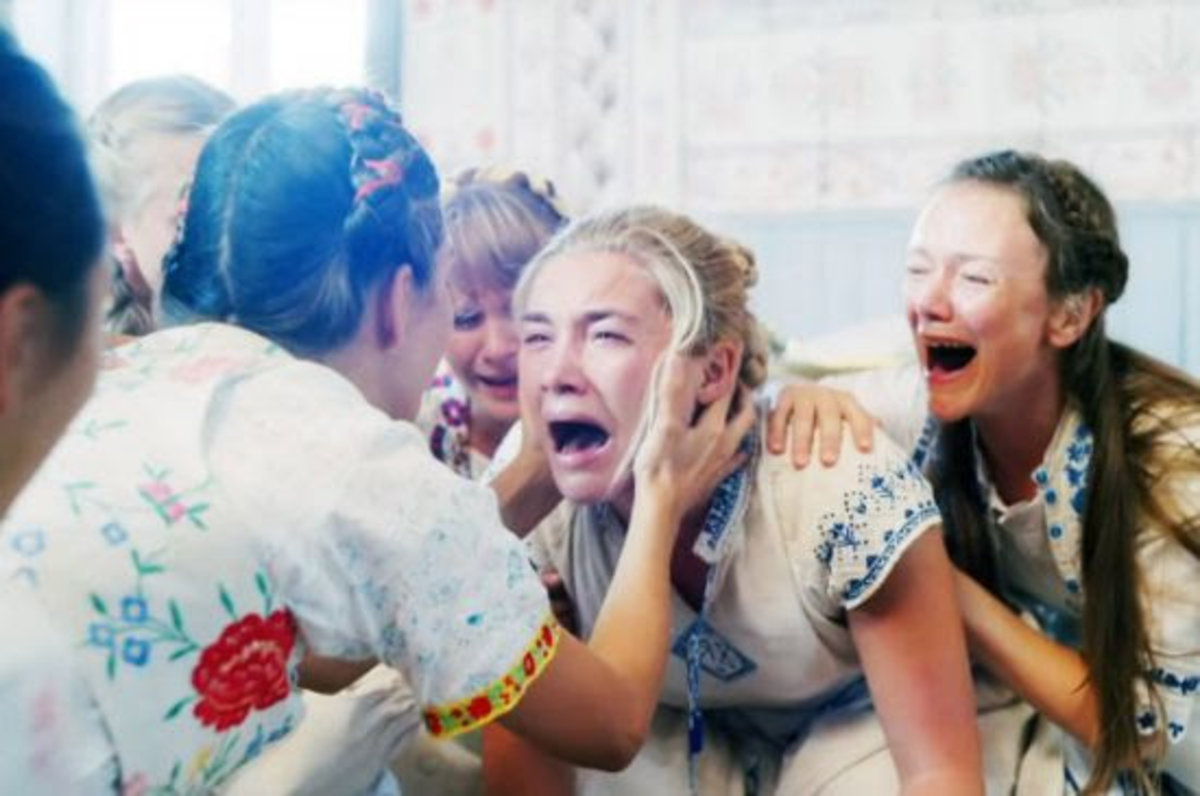 When a new horror movie trailer is released, I like to watch it over and over again. I feel equal parts dread and excitement. I share it with friends. I load the trailer on my phone, hold it out to friends and say, “Watch this!” Some friends get it. Others look at me and wonder what my mother did to me as a child.

For me, the thrill of watching a horror film is the realism mashed up against the absurdity. If there is no humor in it, and I leave the theater feeling sickened, I am still able to enjoy the hilarity of my own reactions. How far did I get sucked in? How many times did I clasp my friend’s arm and say, “Why are we watching this?” A good horror movie sticks to you for days before you can relax again.

In Ari Aster’s Hereditary, a family mourning the passing of a matriarch reckons with a set of terrifying realizations about their ancestry. It scared the crap out of me with its sudden decapitations and doll house massacres. In the role of the daughter of the deceased matriarch, Toni Collette is brilliant—a deeply flawed character who is also very determined and ready to fight, even against bad odds, for her life.

In his follow-up Midsommar, released in June, Aster presents a similarly fierce heroine, played by Florence Pugh. Following a family tragedy, Dani Ardor travels to Sweden with her weak-spined boyfriend Christian and their friends. They’ve been invited to attend a midsummer festival on a commune. Dani and Christian’s relationship is full of awkward, recognizable manipulations; in one scene, Dani initially refuses the drugs Christian and the others are enjoying, but politely acquiesces when it is suggested she might be ruining the men’s fun.

Throughout Midsommar, Aster drops hints designed to slowly reveal to the viewer what is actually going on at the festival. As the characters first explore the commune in an early scene, a group of kids near them run and giggle. When the most asinine of the Americans, Mark, asks what they’re doing, he is told they are playing a game called “Skin the Joker.” Guess what happens to Mark later? For much of the film, a caged bear is in plain view. Just as the viewer is thinking, “What the fuck?” a character asks if anyone is going to mention the bear. A tapestry describes in detail the mating ritual key characters will participate in later. They see it, they study it. They feel no trepidation about staying. It is only later, when Christian gets a pubic hair in his dinner, that the viewer begins to understand what they’ve entered into. These “Don’t go down into the cellar!” moments force the viewer to reconsider the everyday assumptions she makes out of ignorance.

As with Hereditary, Aster faces trauma head-on. There is no camp in it, no looking away. In the same way that The Wicker Man (1973) explored that decade’s discomfort with sexuality, Midsommar reminds us that our tendency to ignore the horrors around us may lead us down the path to our own undoing. —Rachel Moulton, MCDxFSG