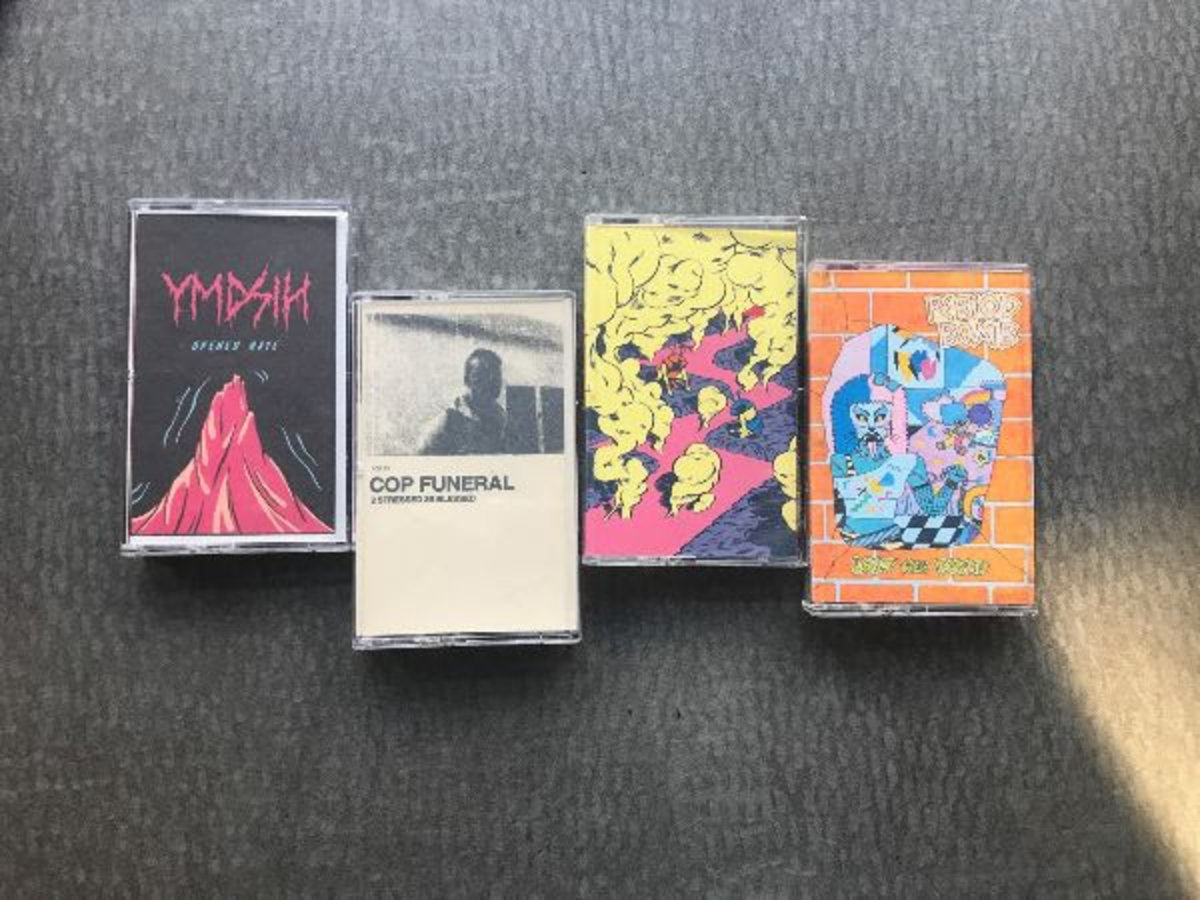 I remember recording more than a few live Funkmaster Flex sets directly from the airwaves of Hot 97 onto well-worn Maxell cassette tapes as a kid. I also remember unspooling and respooling tangled lengths of tape with a pencil in attempts to salvage those precious recordings—a tactile experience which I don’t exactly miss, but look back upon fondly.

As I wandered the record fair at Pitchfork Music Festival in July, one vendor in particular caught my eye—Already Dead Tapes, a thriving independent cassette label based in Atlanta, Brooklyn, Chicago, Detroit, and Kalamazoo, according to their website. Already Dead’s selection of tapes reminded me of my boy Nigel Rubirosa’s debut solo effort, El Ultimo Playboy, and my brother’s weathered copy of Jeru the Damaja’s Me or the Papes, which I’ve held onto out of sheer nostalgia. I’ve read that there’s a cassette renaissance happening, a force apparently stronger than nostalgia fueling an enterprise that hinges on an outdated format. Yet, I don’t own a cassette player—nor do most people I know—so the medium presents a serious complication in regards to actually listening to the music. But if it’s neither nostalgia nor the distinct auditory experience of cassette tapes that’s held our interest, what is it that’s kept the medium alive?

Perhaps it’s the cover art. Some of my favorite recent records feature beautiful, thought-provoking artwork—from the cartoon style of Freddie Gibbs’ and Madlib’s Bandana, to the unsettlingly decrepit house gracing the cover of Billy Woods’ Hiding Places, to the sly nod to Woody Allen’s Manhattan on Lansky Jones’ Dangerfield. The experience of unfolding the seams of a cassette booklet to reveal the liner notes (does anyone even write liner notes anymore?) just can’t be replicated in virtual space. I know that sounds like nostalgia, but it’s not the memory I’m chasing; it’s the time spent with a physical object that brings me joy.

From Already Dead, I purchased Cop Funeral’s 2 Stressed 2B Blessed, described to me as an industrial noise band. I can only liken it to the samples used in Death Grips and El-P records, but I was mostly grabbed by the strength of the band’s name. I also picked up Fuck Lungs’ 2TH, which features art that brought to mind a Jack Kirby fever dream, and Period Bomb’s Lost and Found. I got YMDSIH’s Opened Hate thrown in for free.

Proud of my haul, I showed off my newly acquired wares to my friends. The tapes sit happily alongside my small collection of old CDs and DVDs. Now, I’ve just gotta find a tape deck. —Danny Vazquez, Assistant Editor, MCD×FSG Originals