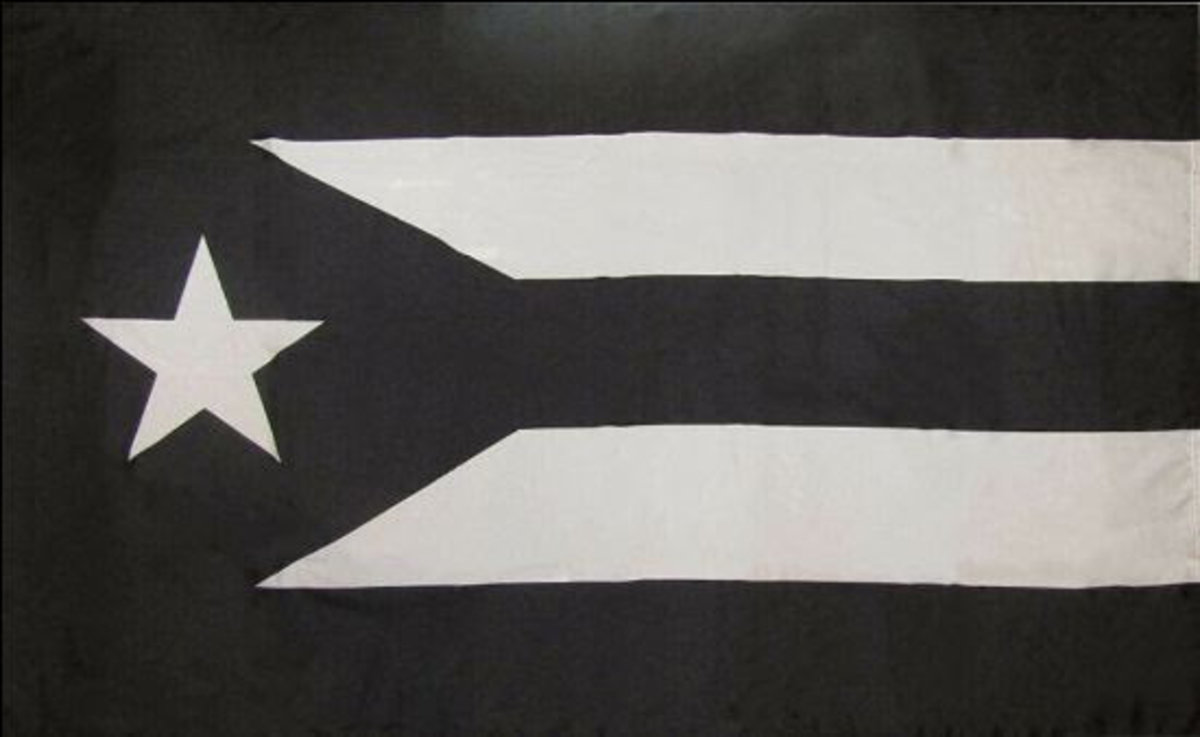 Two years after the deadliest hurricane to hit Puerto Rico in centuries, after President Donald Trump met a mass of pleading Puerto Ricans to sling rolls of paper towels at them—a disrespectful joke of a charitable gesture—a young man carrying a guitar case enters an empty room and removes an Amazon Echo Dot from his backpack.

The room is a stage inside INTAR Theatre, an off-off Broadway venue and one of the oldest Latinx theater companies in the United States. The play is titled Paper Towels, a one-act production by Puerto Rican playwright Nelson Diaz-Marcano. It follows an artist named Toño (Edgard Toro) who loses his home in Puerto Rico to Hurricane Maria. After witnessing the lack of support the United States government offers in response, he moves to New York City, where he’s set his mind on that most recent of grisly American traditions—a mass shooting.

Paper Towels announces its aims early on in a running gag with the Amazon Echo Dot that Toño introduces in the opening scene. In his thick Puerto Rican accent, Toño shouts a request to play Héctor Lavoe’s anthemic “Aguanile,” but he’s instead served a trite pop hit from the 90s. Frustrated, he tries again; he requests Gilberto Santa Rosa, but to no avail. He won’t get the support he seeks from this American device, an analogue for the conditions that brought him to his current state: manic, enraged, and prepared to perform an act he believes his circumstances have empowered him to commit.

After crossing himself, Toño falls to his knees to reveal an automatic rifle, concealed Desperado-style in his guitar case. In a symbolic gesture, he carefully lines up rolls of paper towels by the window from which he intends to commit the deed. Then his cousin Mariel (Camila Pérez Santiago) enters. For the remainder of the play, they argue over the merits of Toño’s plan, an “art project” and a political statement, as he conceived it.

By the end of the forty-five minute play, I sat in a tensed posture, carefully swallowing the anger rising in my chest. Paper Towels hit close to home—not because I have family on the island (I do have family on the island), not because I’m particularly enraged by our current president (I am consistently enraged by our current president), and not because the thought of a mass shooting causes me to retch (it does). My reaction was less about the current realities with which the play wrestles and more about the long history of settler colonialism in Puerto Rico laid bare on the stage.

On July 17, 2019, half a million Puerto Ricans took to the streets of San Juan to demand the resignation of the corrupt Governor Ricardo Rosselló, chanting “¡Ricky Renuncia!” On July 24th, Rosselló resigned. As a third generation Puerto Rican with an acute understanding of the United States’ predatory relationship to the island, I understood Toño’s anger. I was appalled by his plan, but I understood how he arrived at the agitated state he endures throughout the play. Toño, assault rifle in hand, resolved to take innocent lives, is the result of powerlessness in the face of oppression. Toño’s plan is meant to make his voice, and the voice of his people, heard in the only way he thinks is possible. But in the “¡Ricky Renuncia!” protests on July 17th, I saw an alternative—collective action. —Danny Vazquez, Assistant Editor, MCD×FSG

+ “The magic of Slave Play is that it dares to show white people to themselves, that they are moving through the world with an assumed neutrality that doesn’t actually exist.”