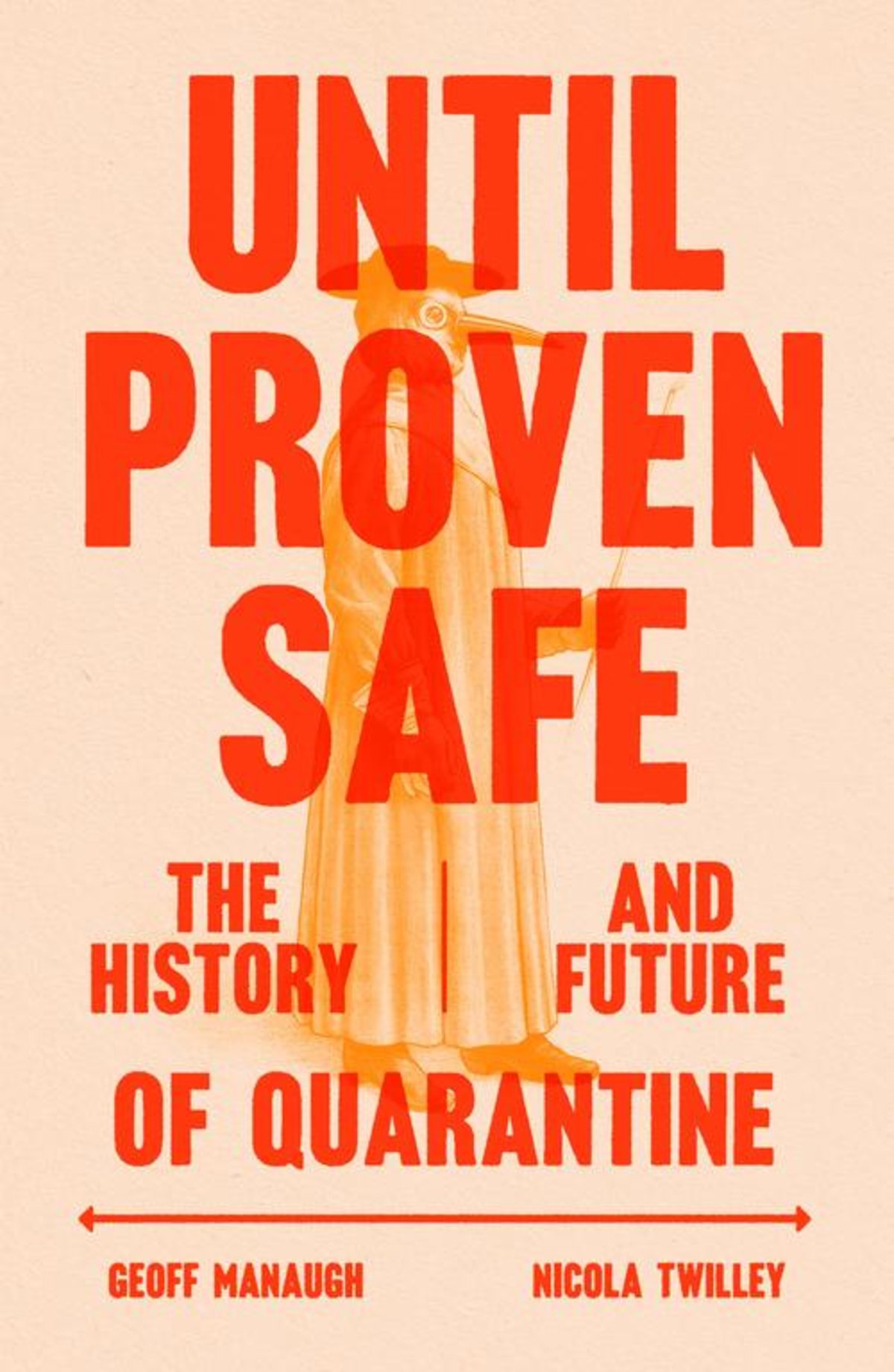 A couple weeks ago, we brought you some postcards from L.A. Today, we’ve got something more familiar: Instagram pix from pandemic times.

In their forthcoming book Until Proven Safe, Nicola Twilley and Geoff Manaugh trace the concept and practice of quarantine across space, time, and species. Just yesterday, WIRED published an excerpt from the book, in which Geoff and Nicola visit a new federal facility in Manhattan, Kansas tasked with handling the world’s most dangerous animal pathogens. Read for fun facts on carcass disposal, al-Qaeda, swine flu drones, and a machine for testing new floors with cow hooves, among many other things.

To count down to the day of publication, the authors have been sharing their highly ‘grammable research pix, plus some actual research, at https://www.instagram.com/untilprovensafe/. It’s a beautiful grid, filled with haunting visual ephemera from their pandemic-tourism-slash-time-travel: Lord Byron’s hand-carved graffiti in Greece; smallpox vax inspection at a checkpoint for Cuban refugees in Florida, 1963; a nuclear waste disposal site in Nevada. . .

Until Proven Safe is out on 7/20/21 from MCD. Two more weeks! Until then, see below for some highlights from the feed (informational captions included). And, of course, hit like, follow, and pre-order — link in bio. Etc.

But first, some outtakes from our favorite Byron poem. Adieu, thou damned’est quarantine, indeed! By the 1800s, a new class of leisure travelers was experiencing — and documenting — quarantine. For many, it was exceedingly boring. Andrew Bigelow, a minister from Boston, spent time in quarantine in 1827. In his travel memoir, he described the graffiti carved into the soft limestone of the Malta’s lazaretto’s terraces as evidence of “the hours of listlessness and ennui passed by others who have preceded me.” Still, he wrote, he found some consolation in listening to the “‪concert of swallows twittering under the old eaves‬.” (Bird-watching also boomed during the COVID-19 lockdowns, with bird seed vendors reporting that their sales were up 100 percent over the previous year.)

Others found solace in their fellow detainees. Indeed, the 1800s witnessed the brief efflorescence of a new literary subgenre, in which the leisurely, necessarily cosmopolitan environment of the lazaretto served as the setting for the discovery of shared interests and even the blossoming of romance. (“Love in a Lazzaret,” a syrupy short story published in 1830 in The Knickerbocker magazine, is a classic of the genre, in which Yankee traveler Delano develops “the most incontestible [sic] symptoms” — of love, rather than cholera — for a fellow medical detainee.) Once again, two centuries later, the COVID-19 pandemic stimulated its own rise in quarantine-themed erotica, with steamy tales involving hand sanitizer, Zoom voyeurism, and strangers forced into lockdown together. Sunset at the ruined lazaretto in Malta, where Byron carved his name into the wall while waiting out quarantine, and where Britain outsourced its border for public health purposes during the 1820s—the US @cbpgov pre-clearance of its day. One of the least-known quarantines in U.S. history is the Orwellian-sounding “American Plan,” under which thousands of low-income women were detained on suspicion of spreading venereal disease. It was introduced in 1917, as the United States entered World War I, to protect the nation’s young, male fighting force from sexually transmitted infections by empowering local officials to quarantine and medically inspect any woman whom they “reasonably suspected” of having syphilis or gonorrhea. In reality, as Scott Stern, the author of the first book-length account of the program, shows, the program was the establishment’s misogynistic and paternalistic response to a class of newly independent, urban women.

Defined by suspicion, and thus inevitably subject to bias, quarantine has always been ripe for abuse. It has a dismal track record of discrimination to match — one we examine in Until Proven Safe, telling the stories of those who have been unfairly stigmatized, as well as those of the men and women who have fought to reform quarantine, building in protections to ensure individual rights and legal protections. Just like humans, social insects reap invaluable benefits from living together; as also with human communities, the downside of being social is that close proximity to others increases the risk of catching an infectious disease. In Until Proven Safe, we devote a chapter to plant and animal quarantine — including emerging research on how other social species design their architecture and modify their movements in order to reduce their exposure to disease.

Just before COVID-19 hit, researcher Noa Pinter-Wollman told us about her latest studies, designed to see whether ants alter the structure of their nests in response to local disease outbreaks. In pathogen-rich environments, she hypothesized, ants might build smaller entrance chambers that connect to fewer rooms. Like the city elders of Dubrovnik, they might deliberately sacrifice a smidge of foraging/trade efficiency in order to slow down the rate at which an infection would spread through the nest/city.

What can we learn from these quarantine-type behaviors in other species? After all, as Pinter-Wollman pointed out, ants have been builders for much longer than humans. One of her collaborators is already adapting some early findings on how insect societies reduce disease transmission into advice for companies looking to bring workers back to the office… Did you know chocolate gets quarantined, too!? Paul Hadley, the man protecting the world’s chocolate supply at the Cocoa Quarantine Center in Reading, England. While in Venice, we spent a day looking back through old books and medical manuscripts about plagues and quarantines throughout Venetian history. Here is one such volume, in the collection of the Fondazione Querini Stampalia.