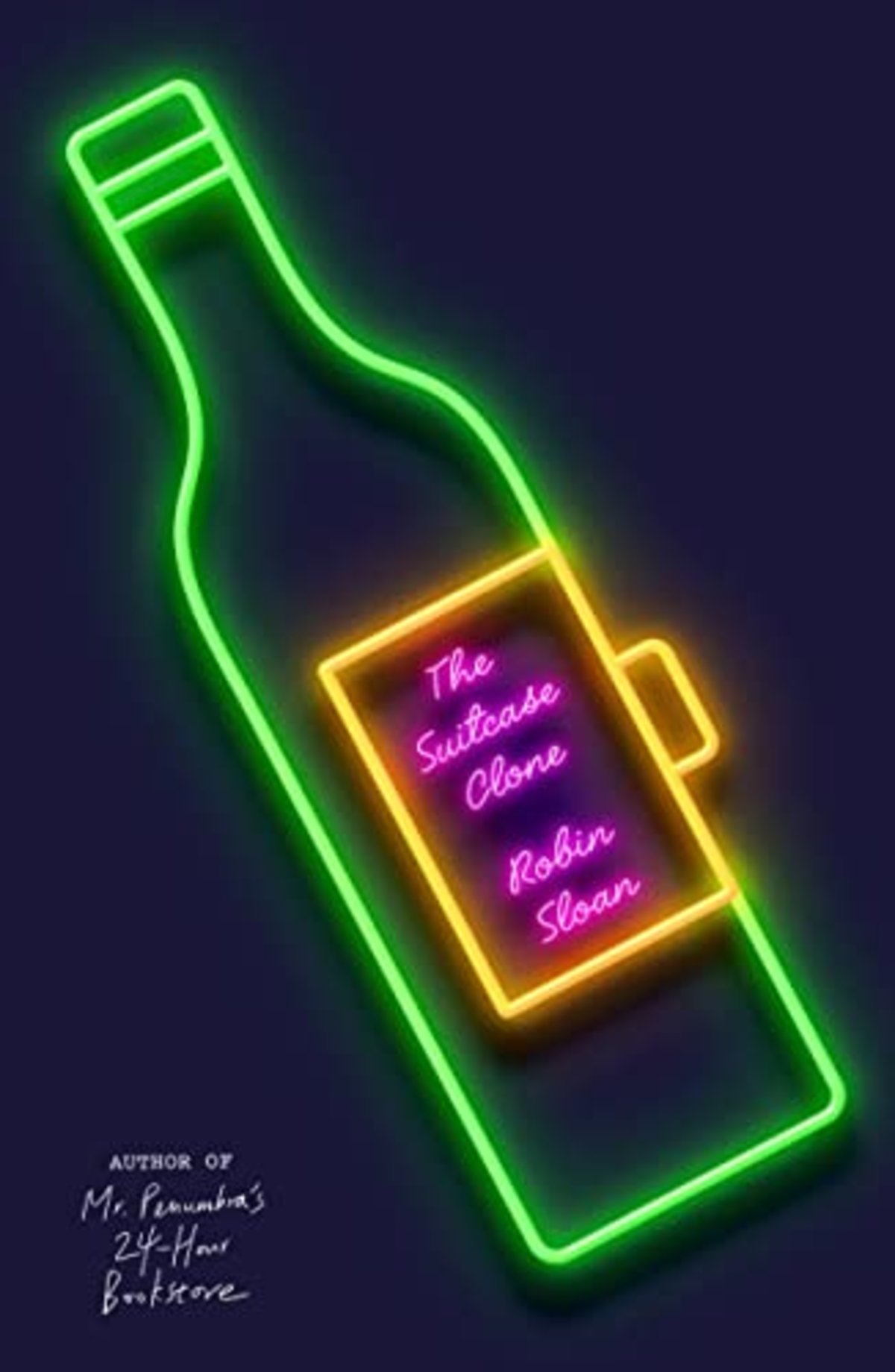 We are very excited to announce that this August we will be publishing a new Digital Original by Robin Sloan: THE SUITCASE CLONE.

This is, at last, the story that definitively bridges the world of Sourdough to that of Mr. Penumbra’s 24-Hour Bookstore. It’s all one Penumbraverse.

James Bascule is adrift. College beckons—but not quite strongly enough to actually get him to campus. A trip to Europe showed him a world bigger than his Northern California upbringing—and yet, one broken heart later, Northern California is where he’s returned. Back to his old bedroom, paying his bemused parents rent with his new hobby, baking bread with the sourdough starter that is his only souvenir of what was apparently just a summer fling.

The future is being built an hour or two down the highway—it’s 1985; the twenty-first century is just around the corner!—but that’s not his world, either. While sitting in a Sonoma County bar, indulging in a little aimless day-drinking with a junior college acquaintance, he meets a man. A man with . . . something like a plan. Has James ever heard of a “suitcase clone”? It’s a cutting of a vine used to clone and propagate noteworthy grapes—say, from a legendary European vineyard to an upstart Napa Valley operation. This man has an operation. He has a suitcase. He just needs an enterprising young accomplice up for an adventure.

Just how deliriously fun and thrillingly mind-expanding an adventure, James can’t yet know. But we, of course, know how Robin Sloan crafts a story. Crossing the international literary-techno-conspiracy of Mr. Penumbra with the delicious experimentation of Sourdough, THE SUITCASE CLONE is a tale that enriches and expands the Penumbraverse in ways you never saw coming, told by a mysterious narrator with an unexpected perspective on the great puzzles of life. Who could it be?