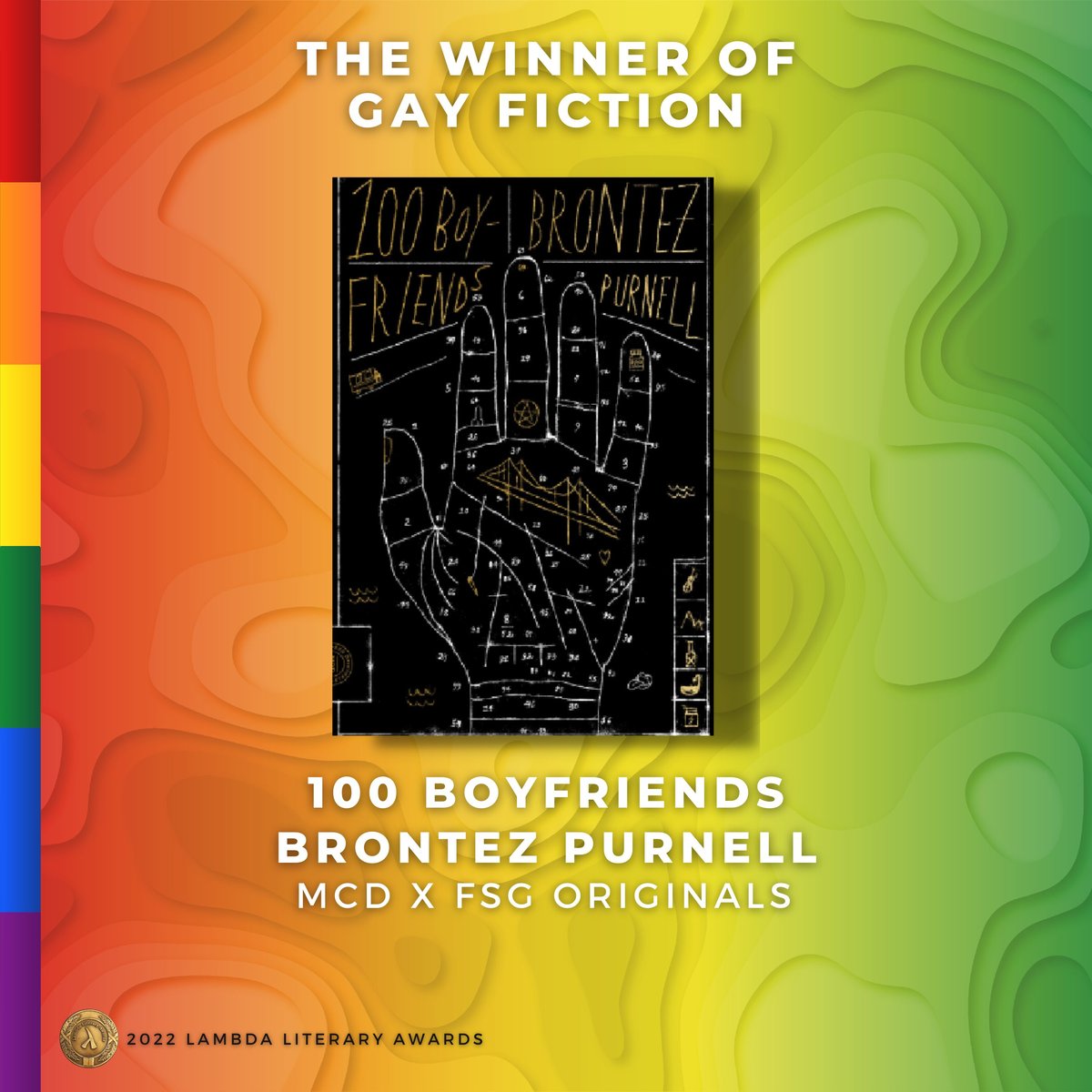 On Saturday, June 12, our very own Brontez Purnell won the 2022 Lambda Literary Award for Best Gay Fiction for his book 100 Boyfriends! We couldn’t be more proud of Brontez, and of this book, which, in addition to winning the Lammy, has been longlisted for both the 2022 Mark Twain American Voice in Literature Award and the 2021 Brooklyn Public Library Literary Prize, and was named a New York Times Book Review Editors’ Choice. Congrats, Brontez!

In further Lambda news, this time from our big sister FSG and her three fishes, Sarah Schulman won the Lambda for Best LGBT Nonfiction for Let the Record Show: A Political History of ACT UP New York, 1987–1993. In a stunning twist, our own Jackson Howard, widely known as Brontez Purnell’s editor and bestie, also edited all of Let the Record Show’s 736 pages. Two Lambdas, one editor! Jackson, you make an eel proud!

ED NOTE: This to not even mention the previously announced Markowitz Award for Exceptional New LGBTQ Writers, awarded to MCD’s own Morgan Thomas. (Another Jackson Howard writer! It’s threepeat, a triple crown!)