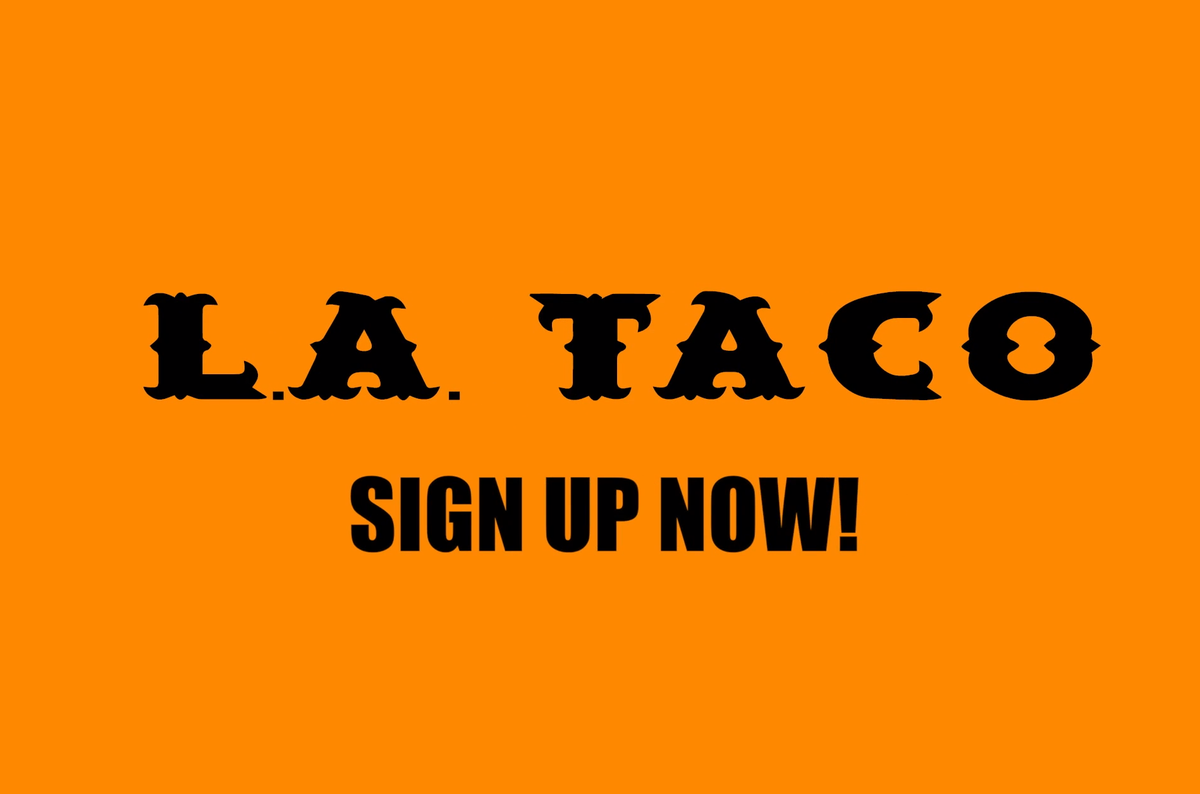 In the wake of L.A. Weekly’s sale to a cadre of slimy culture vultures, L.A. TACO has arisen as one of the few platforms left representing the true concerns and interests of the people of Los Angeles. Independently owned and operated, L.A. TACO was founded in late 2006 as a sort of online ode to tacos and street art in the L.A. metropolitan area. Since it’s founding, the site has grown to include regular updates on the city’s culture and community at large, developing a devoted following with their coverage of art, food, music, and festivals in and around the city. In 2018, L.A. TACO relaunched as a news-first platform.

For this round of #MCDBacks, we’re throwing our support behind this digital outlet dedicated to tacos and the other finer things. Help keep L.A. TACO totally independent and subscribe.