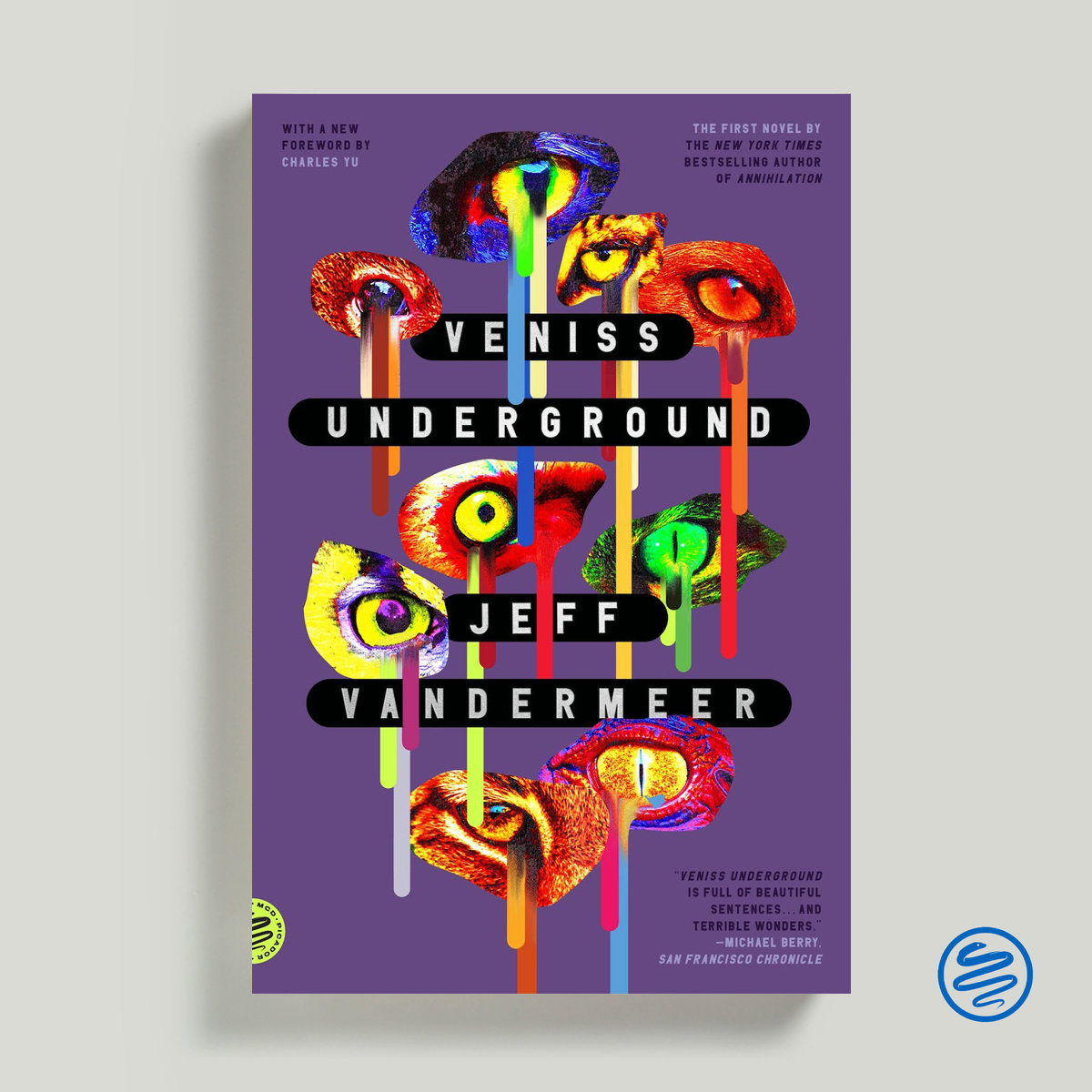 We are thrilled to share the cover for our forthcoming reissue of Jeff VanderMeer’s first novel, Veniss Underground, which MCD/Picador publish on April 11, 2023 with a new foreword by National Book Award–winner Charles Yu!

As Yu writes in his foreword:

VanderMeer writes with all of the sensory apparatuses we ordinary human writers have, plus some additional equipment, it seems—invisible antennae, maybe, or an extra layer of receptors on his skin. . . . In a world of upheaval—political, social, natural—Jeff VanderMeer makes destabilizing work for an unstable world. He is unafraid of monstrous complexity, because with it comes true possibility and even wonder.

When it was originally published, a starred review from Publishers Weekly called Veniss Underground a “masterful first novel” and raved about its “wonder-filled journey that echoes Dante’s Divine Comedy, the myth of Orpheus and Eurydice and the landscapes of Hieronymus Bosch.”

Set in a dark and decadent far future, in which Earth has become a desert wasteland ravaged by climate change, Veniss Underground is a spectacular, surreal foray into a world as influenced by Alejandro Jodorowsky as by Ursula K. Le Guin.

Readers of VanderMeer’s later work will recognize the author’s signature fascination with the nonhuman and the environment, but Veniss Underground is an early masterwork in its own right. By turns beautiful and powerful, it explores the limits of love, memory, and obsession against a backdrop of betrayal and biological mutation.

Veniss Underground has been in and out of print with a variety of small and large publishers since its original publication. With this edition—following last year’s reissue of VanderMeer’s Ambergris cycle—brings all of VanderMeer’s major work back into print. MCD will publish simultaneous paperback and hardcover editions, both of which will include bonus material set in the world of Veniss.

The art and design is by Tyler Comrie and Alex Merto, who also created the Ambergris paperback covers as well as the paperback cover of VanderMeer’s latest novel, Hummingbird Salamander.

You can preorder here!