Calling Out to the Spirits of the Ancient World 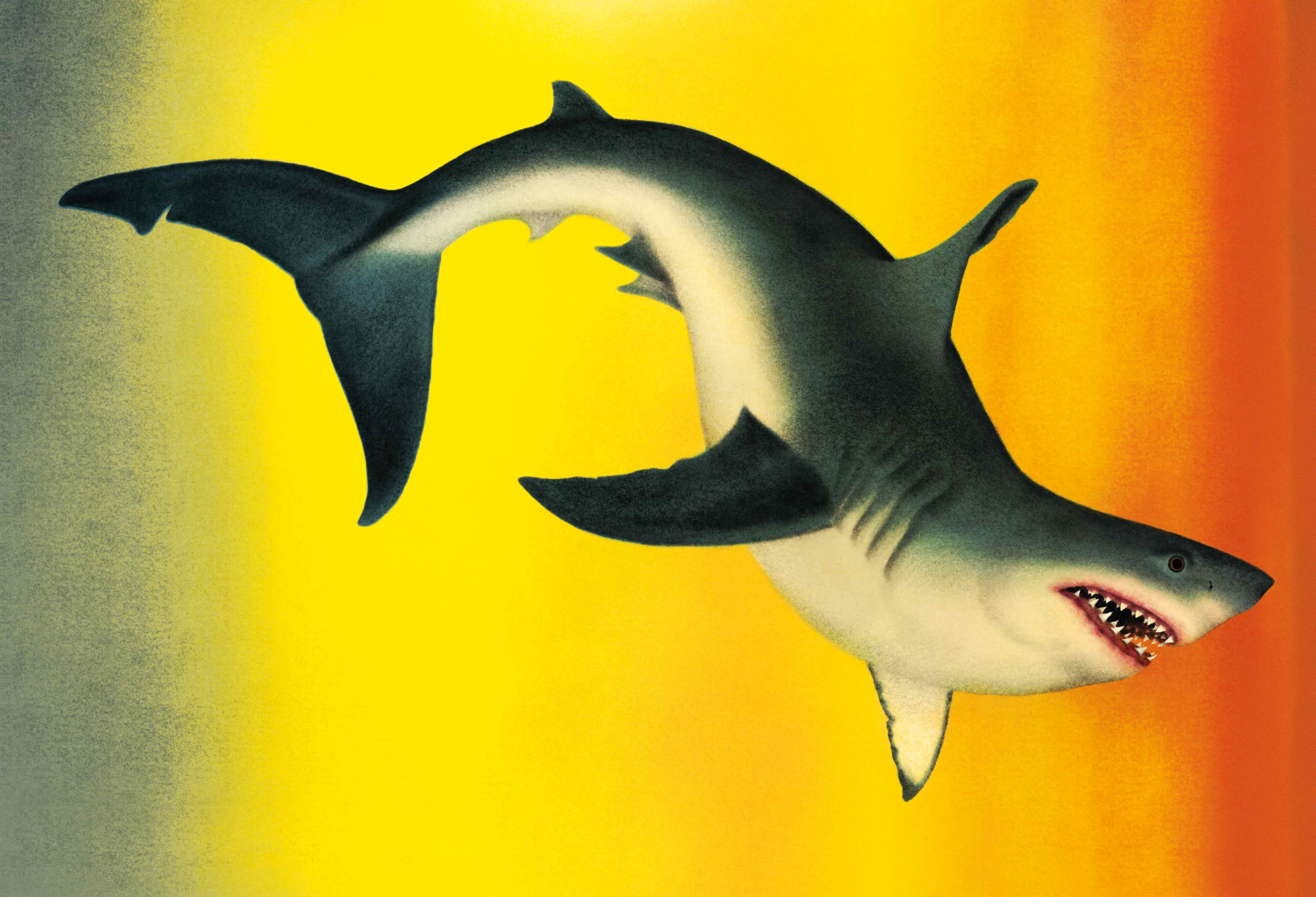 SONGS FOR SUMMONING SHARKS: A SHARKS IN THE TIME OF SAVIORS PLAYLIST

The writing of Sharks in the Time of Saviors spanned something around ten years—the story itself another twenty—which made putting together a playlist for this novel particularly challenging. Also, I prefer to write in total silence, with noise cancelling headphones on, so my initial reaction to trying to create a playlist was “Great, fifteen songs of total silence, done.”

But instead of what was playing while I was writing, I decided to capture music that hummed somewhere in the scale between what happens in the story, and what was happening at the time I was carrying the story around in my head. I also wanted to evoke some of the ambient feel of life in Hawai’i as I knew it growing up in the nineties, which also coincides with many portions of the novel because I’m a lazy writer and didn’t want to do a ton of research about time periods I hadn’t lived in.

Revisiting music from my youth, I also struggled with songs I once loved that contain misogynist and/or homophobic material at the same time as they carry important expressions of frustration, clever wordplay, or killer melodies. But I can’t apologize for the worse content any more than I can allow myself to ignore it. I made it a point to work within songs that felt acceptable, and then searched for radio edit versions of those songs.

I split the playlist into four sections to match the structure of the novel. Each playlist section is led with a song from Hawai’i that (I hope) rings with the thematic elements of that section’s songs. There’s some reggae, there’s some hip-hop, there’s some soul and R&B. I love many other types of music, but these songs felt like they fit together into something coherent.

Hula occupies an important place in this novel, obviously. I consider hula kahiko (the more ‘traditional’ or pre-colonial form of hula) to be the most perfect embodiment of the life-force of the islands. I spent years trying to capture in words the ambient power that I feel from hula kahiko, and hopefully I’ve managed to imbue readers with that same feeling. If not, here’s another opportunity.

Fugees - Ready or Not

This album dropped when I was in eight (or maybe ninth?) grade, and it would roughly line up with something like that same age for Dean or Nainoa. So, you can imagine them listening to this together in their room. On cassette. This album still dominates.

The future is female. This song—and the next one—is the sort of track that occupied my mind when I was writing toward Kaui’s (and sometimes Malia’s) state of mind for much of the novel. It’s that untamed flex; shrinking for no one.

“Didn’t they tell you that I was a savage?”

This one came in late in the process, and, really, only felt like it resonated with the novel after I’d read this poem by Roya Marsh. To be honest, I could do without the last thirty-to-forty-five seconds of the song—the voiceover is particularly throwaway. But the bad goes with the good on this one, I guess.

This is the last song in the first section of the playlist, capturing what I considered the optimism and energy of the early days of the Flores family; the time after Noa’s ascendance, but before the troubles of the book’s middle.

I know, that’s some sort of transition, right? But now we’re entering the second part of the playlist, and it’s worth returning again to that island life-force. This is a chant to Pele, goddess of fire, who lives among the volcanoes of Hawai’i. She shows up in the novel in several scenes. She remains today one of the strongest goddesses in contemporary Hawaiian consciousness.

Fugees – No Woman, No Cry

Reggae figured heavily in the background of island life when I was a kid, and it took me a long time to figure out exactly why it fit so well with Hawai’i, given its roots are in a Caribbean island nation thousands of miles away. But, sometime after college, before I moved to the east coast, I was fortunate enough to see Life and Debt, this incredible documentary of socio-political-economic strife in Jamaica under the Washington Consensus, and the connection fell into place.

This speaks to the same feelings I described above, but also to some of what I hope the reader sees in Malia and Augie’s lives: an ongoing struggle suffused with moments of joy and (at times almost morbid) humor, which arises at even the hardest moments.

Definitely something Dean (and probably Kaui) would be listening to in their dorm rooms, in parking lots, all those places where kids used to get together before the internet. This song’s also a way to pay homage to the Marley family without all the expected Bob Marley songs, which time and ubiquity have diluted some, at least for me.

“If I had a shotgun, know what I’d do? I’d point that shit straight at the sky and shoot heaven on down for you”—as ridiculously trite as the lyric might seem, there’s real sentiment behind it, I think, especially in that Long Beach dub style of pining for a better life, while being unable to escape your own demons. Most of the characters in the novel struggle with some form of that same feeling throughout the story.

Here’s one that Kaui references directly in her time in San Diego with Van. I hear this song now and it’s indelibly linked with the scenes I wrote of them together. I picture the two of them in tight spaces: rebellious, charged with love and fury, trying to find their way to each other.

Another transition, now we’re in part three. We move via music of Hawai’i, but this one comes from a virtuoso of the ‘ukulele. I’d long struggled with what to use as a through object in the novel (or whether one was needed), when I stumbled on this video of Jake playing this song in Central Park. I watched the video a million times, humbled by my complete inadequacies as an artist in comparison to him. Then I got to work on incorporating what I’d felt.

This one and the next? It’s all about the ways hip hop can speak simultaneously to ambition and frustration, and the ways in which money intersects with those hungers; it’s the same thing the Flores family grapples with for the entire story, and something people of color all over the world can unfortunately relate to. Some people denounce the notion that hip-hop (and maybe even African-American culture in general) has a valid connection to the larger African diaspora. But having lived in and visited Namibia, Nigeria, Ghana and Liberia, I can only say that the connection is there, and it is real.

This song speaks to the ‘Destruction’ section of the novel more than any other, while also addressing some of the structural forces that backstop the brutal prison-industrial complex of the United States. I never got to talk about that at quite the depth I would’ve liked to on the page, and the prison scenes that do exist couldn’t carry the full weight necessary, but they remain an important part of the story’s arc.

This song, particularly its music video, haunted my mind when writing late sections of the novel, yes, that same ‘Destruction’ section I mentioned above. The video’s dated, as it came out in the early 2000’s, but you get a sense of what Nas was trying to express, and it has its place in discussion of life in America.

Last section. Iz kicks it off. Hawai’i ’78 is well-known in the islands, and it fits perfectly with some of the questions I asked myself while writing: what becomes of heritage when it’s raked through the hot coals of colonialism and late modern capitalism? How would our world today look to those who came before us? What would they praise, what would they mourn?

And yet! For this last section, I wanted to find songs that spoke to some of what I thought happens in the novel’s last section (‘Revival’): There’s an upturn, there’s a return to feelings of relief, of love, of optimism. This song, then, and the next one, too. Everything’s going to be alright.

I Feel it Coming – The Weeknd

I can hear you groaning already, Taylor Swift? and I don’t care. This is my playlist; I can do whatever I want. Don’t you think this song encapsulates a certain type of love? I do. I’ve felt it: dizzy and queasy with idealized notions of what comes after that first heart skip. Several characters in the novel, particularly Noa and Kaui, had those moments, and they held on to them, all the way through the last page.

Alicia Keys – If I Ain’t Got You

Aretha Franklin – It Was You (Aretha Arrives Outtake)

These next two expand on feelings of love and hope for something bigger and better, but they’re also bittersweet. They speak to the commitment and bonds of deeper love. Sometimes that sort of love does feel powerful enough to overcome even the hardest parts of life; sometimes it doesn’t, but we still need it. You can hear the pain and the pleasure in Alicia and Aretha’s voices. That Motown feel—it’s just about the best music that’s even been created.

This is it; we’re closing out. The land has called; the family understands. There’s something deeper being built, and one gets the sense there’s enough there to carry us all forward. We end where we started, only closer to the spirits of the ancient world. 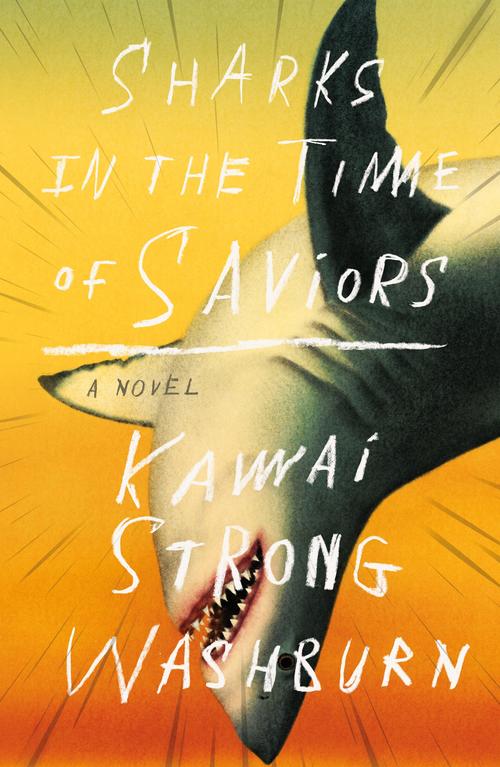 Sharks in the Time of Saviors

In 1995 Kailua-Kona, Hawaii, on a rare family vacation, seven-year-old Nainoa Flores falls overboard a cruise ship into the Pacific Ocean. When a shiver of sharks appears in the water, everyone fears for the worst. But instead, Noa is gingerly delivered to his mother in the jaws of a shark, marking his story as the stuff of legends.

Nainoa’s family, struggling amidst the collapse of the sugarcane industry, hails his rescue as a sign of favor from ancient Hawaiian gods—a belief that appears...