Today we publish Dan Charnas’s magisterial Dilla Time. To mark the occasion, we asked him to put together a playlist of J Dilla’s greatest beats:

In my experience, when newbies and curious music fans want an introduction to the music of J Dilla/Jay Dee, their search leads them most often to his work as a solo artist. But Dilla’s greatest, most transformative work lies in the songs he produced for other artists, because his greatest influence was as a producer.

What follows is a 25-song playlist of some of his most crucial work—commercially and creatively, from his debut on The Pharcyde’s “Runnin” to his biggest hip-hop hit, “The Light” by Common; from the debut of his severe, disjointed time-signature on Slum Village’s debut, to his final works from his albums Donuts and The Shining.

J Dilla’s biggest record, chart wise, a ray of sunshine from the summer of 2000.

The auspicious debut of Jay Dee as a creative force in hip-hop from 1995.

Jay Dee was one-third of the Detroit group Slum Village, and this song is their “national anthem,” so to speak, released in 2000.

J Dilla was a member of Tribe’s production crew for their final two albums, and this, from 1998, is one of his most musically subversive and successful songs with them.

The Roots were a hip-hop band capable of working without machines, yet they turned to Jay Dee for production on this record in 1999, and inspiration on many others.

A great window into Jay Dee’s ethereal harmonic sense, offbeat rhythmic feel, and spiritual vibe in this song from 2000’s Like Water for Chocolate.

Jay Dee had an ambivalent relationship with his mentor Q-Tip, but after the dissolution of their official partnership, this track from 1999 is a great example of their great work together as peers.

J Dilla had no more faithful friends or collaborators than Common and D’Angelo, who graced this beat shortly after J Dilla’s death in 2006.

Badu was a fan and fierce advocate for Jay Dee’s genius, and this Grammy-nominated collaboration came from her 2000 album, Mama’s Gun.

This album cut from 1995 was the track that had the most impact on budding jazz musicians like Robert Glasper and Jason Moran for the way Jay Dee brought forth a human, free sound from his drum machine.

This 2001 track is a great example of J Dilla’s work for the core artists who made up the Soulquarians collective, and marks the first meeting between J Dilla and Robert Glasper, who would become thereafter an unabashed disciple of Dilla in the jazz world

This 1996 Grammy-nominated single marked Jay Dee’s debut as a member of A Tribe Called Quest’s production crew, The Ummah.

“The Look of Love” Slum Village

This deep cut circa 1996 is an example of the musical and vocal signature of Jay Dee’s group, and a sample of their fans’ enthusiasm.

This posthumous 2006 release is actually a reworking of a signature Jay Dee track from a 1998 beat tape, and juxtaposes two stages of J Dilla’s musical evolution.

“Time: The Donut of The Heart” J Dilla

This track, produced in 2005 and released just before Dilla’s death in 2006, is a great example of J Dilla’s last phase of production, an inspiration and launch point for what is not called the low-fi hip-hop movement.

An early track from 1995 show’s Jay Dee’s fearlessness and experimental nature with a backwards sample (that also inspired a video by Spike Jonze that was filmed entirely backwards).

This 2002 song from Ruff Draft, re-released posthumously, shows Dilla’s turn away from the warm, signature sound of his 1990s work to more raw, rough, and unpolished music; and also his dedication to mentoring young MCs like Simpson.

Commissioned by Blue Note Records and released in 2004, this track shows J Dilla’s musical sophistication in full, even as he battled a debilitating blood disease.

This 2001 track, which marks the beginnings of J Dilla as a solo artist, is one of the best examples of the conflicted time feel now called “Dilla Time.”

Why did MCs love to rock of J Dilla tracks? What kind of beat were they hoping to get from him. This track from the mid-2000s, released posthumously, is a great example of the harder, banging side of Dilla’ work.

This 2006 track was culled from J Dilla’s “Dill Withers” beat tape, an example of his late-stage work in which he began playing with vocal samples from soul records in new and creative ways, a response in some ways to the work of Kanye West and Madlib.

An early solo track released as a standalone single in 2001, its lyrics reflect J Dilla’s frustration with ongoing harassment by Michigan law enforcement, a peek into a part of his personal life.

This track, released in 1998, was the first of Jay Dee’s to appear in a movie, “Office Space,” and is another great example of his limping, odd rhythms.

Released posthumously in 2006, and recorded sometime in 2002, this track is an example of what J Dilla could do as a producer, an MC, an engineer, even as a singer. 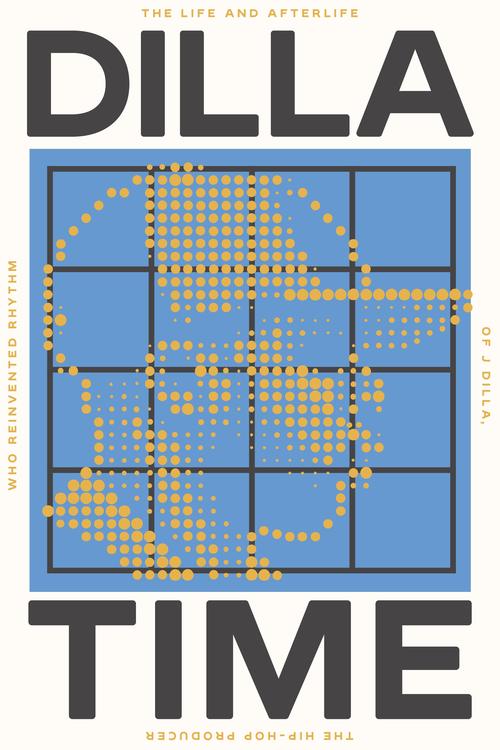 Equal parts biography, musicology, and cultural history, Dilla Time chronicles the life and legacy of J Dilla, a musical genius who transformed the sound of popular music for the twenty-first century.

He wasn’t known to mainstream audiences, even though he worked with renowned acts like D’Angelo and Erykah Badu and influenced the music of superstars like Michael Jackson and Janet Jackson. He died at the age of thirty-two, and in his lifetime he never had a pop hit. Yet since his death, J Dilla...