Here's our cover for the reissue of NEVADA! 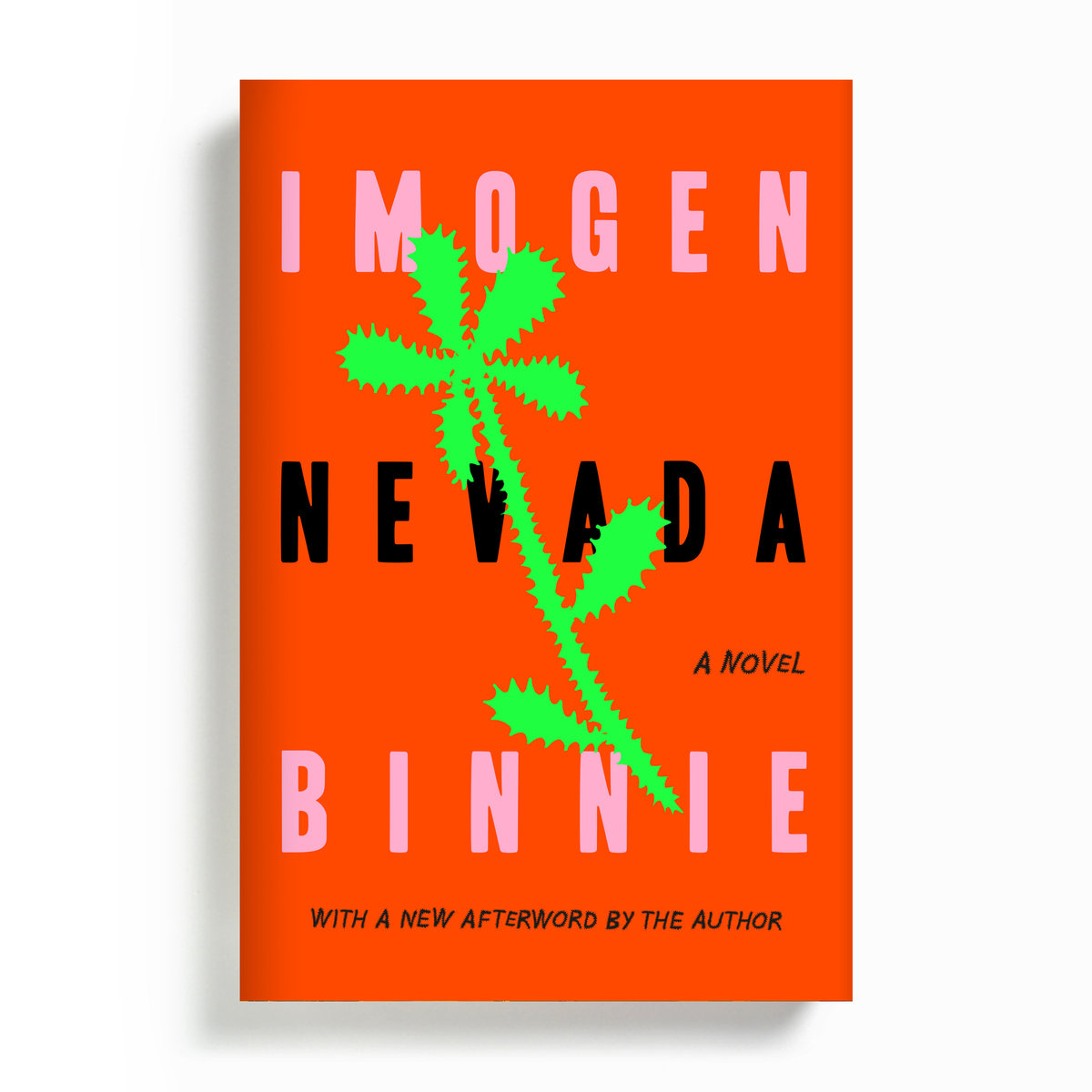 If you didn’t hear, we’re reissuing Imogen Binnie’s beloved debut novel Nevada. And now we’re thrilled to reveal the Na Kim-designed cover for our new edition (which also features a new afterword from Imogen)! It pays homage to the original edition’s desert hues with a distinctly MCD twist.

A finalist for the 2013 Lambda Literary Award for Trans Fiction, Nevada is a classic of queer literature that inspired a generation of readers and writers, and broke any and all rules about how trans characters can exist on the page. Since we announced our reissue, some very cool people (like Torrey Peters, Andrea Lawlor, Sarah Schulman, and Lucy Sante) have said some very nice things about the book, which you can see below. Nevada is out on June 6, 2022, and you can preorder it here.

Some early praise for Nevada!

“Nevada is a book that changed my life: it shaped both my worldview and personhood, making me the writer I am. And it did so by the oldest of methods, by telling a wise, hilarious, and gripping story.” —Torrey Peters, author of Detransition, Baby

“Imogen Binnie’s gimlet-eyed prose is raw, funny, and then devastating. I can’t get Maria Griffiths out of my head: she’s an edgy heroine, a new archetype—the quintessential late 20s punk rock trans girl blowing up her life and making friends on the road (or in the parking lot).” —Andrea Lawlor, author of Paul Takes the Form of the Mortal Girl

“I’ve told people that Nevada is the On the Road of trans literature, but that’s glib and unfair to Imogen Binnie, who is a lot smarter than Jack Kerouac. Nevada crept in under cover of night in 2013 and assumed its position as a classic while everyone’s attention was elsewhere. When you read it, especially the second time, you will marvel at how casually Imogen Binnie deploys complex arguments without slowing the momentum of her narrative or the unbreakable flow of her galloping prose. This is one for the ages.” —Lucy Sante, author of Maybe the People Would be the Times