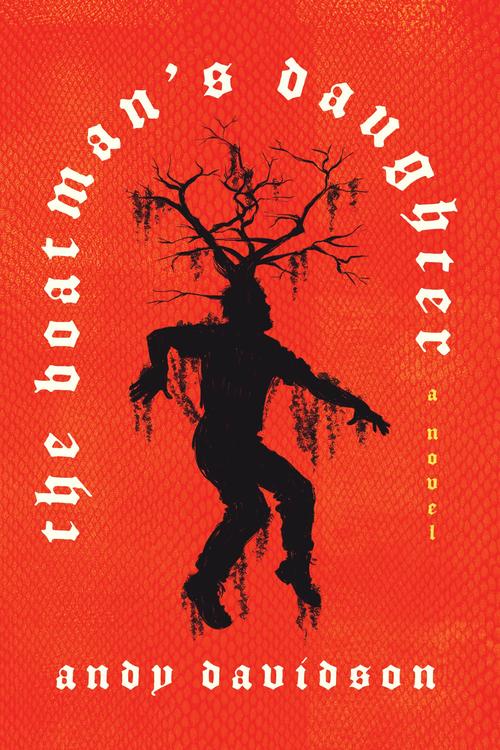 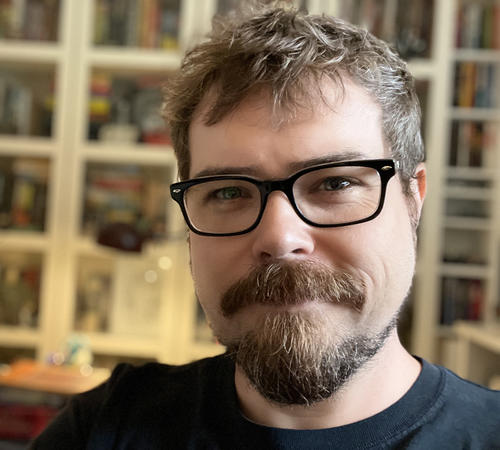 Ever since her father was killed when she was just a child, Miranda Crabtree has kept her head down and her eyes up, ferrying contraband for a mad preacher and his declining band of followers to make ends meet and to protect an old witch and a secret child from harm.

But dark forces are at work in the bayou, both human and supernatural, conspiring to disrupt the rhythms of Miranda’s peculiar and precarious life. And when the preacher makes an unthinkable demand, it sets Miranda on a desperate, dangerous path, forcing her to consider what she is willing to sacrifice to keep her loved ones safe.

With the heady mythmaking of Neil Gaiman and the heartrending pacing of Joe Hill, Andy Davidson spins a thrilling tale of love and duty, of loss and discovery. The Boatman's Daughter is a gorgeous, horrifying novel, a journey into the dark corners of human nature, drawing our worst fears and temptations out into the light.

An excerpt from The Boatman's Daughter

It was after midnight when the boatman and his daughter brought the witch out of Sabbath House and back onto the river. Old Iskra sat astride the johnboat’s center plank, wearing a head scarf and a man’s baggy britches damp with blood, their iron reek lost to the night-fragrant honeysuckle that bowered the banks of the Prosper. In her lap: a bread bowl, wide and deep and packed with dried eucalyptus sprigs and clods of red earth broken around a small, still form covered by a white pillowcase. The pillowcase, like the old woman’s clothes, stained red.

They angled off-river at the mouth of a bayou and were soon enclosed by the teeming wall of night. Cries of owls, a roar of bullfrogs, the wet slopping of beaver among the stobs. Miranda Crabtree faced into the wind, lighting Hiram’s way with the Eveready spot mounted on the bow. The spotlight shined on branches closing in, cypress skirts scraping like dry, bony fingers along the johnboat’s hull. Spiders in the trees, their webs gleaming silver. A cottonmouth moccasin churning in the shallows. Miranda held up arms to guard her ears and cheeks from the branches, thinking of Alice down the rabbit hole, one small door opening upon another, and another, each door smaller than the last.

“Push through!” the old witch cried.

Branches screeching over metal, they did, the boatman breaking off fistfuls of dead cypress limbs until the boat slipped free onto the wide stage of a lake. Here, Hiram cut the motor and they drifted in a stump field, a preternatural silence descending over frog and cricket and owl, as if the little boat had somehow passed into the inner, sacred temple of the night itself.

To the west, purple lightning rolled thunderless in the cage of the sky.

In the water were the twisted, eerie shapes of deadfalls. They broke the surface like coffins bobbing in flooded graves.

“What is this place?” Miranda asked, angling her light all around.

But no one answered.

Ahead, a wide muddy bank stretched before a stand of trees, tall and close, and when the boat had nosed to a stop in the silt, the old witch got up with a pop of bones, stepped over the side, and staggered off along the path of the light, bowl in her arms. Her shadow long and reaching.

Hiram brought up a shotgun and a smaller flashlight from behind the stern seat. Miranda knew the double-barrel to be her grandfather’s, the only gun Hiram had ever owned. She had never seen him fire it. They were bowhunters, the Crabtrees. Always had been.

He stepped out of the boat into the mud and came around to the bow, where Miranda could see his face in the light. Long and narrow, sadness in his very bones, it seemed, the first touches of gray at his temples. Drops of moisture swirled thick in the light between them.

He took her chin in hand and brushed her cheek with his knuckles and told her he loved her. This frightened Miranda, for these were not words Hiram Crabtree often said. They struck her now like a kind of incantation against something, some evil he had yet to fathom. He kissed the back of her hand, beard rough against her skin. He said he would be back. He promised. “Leave that light shining,” he said, and then he left her, following the witch’s humped form into the trees. Their deep tracks welling up with water, as if the land itself were erasing them.

The spring night grew hushed save for the the far-off mutter of the coming storm, which had been threatening since twilight, black clouds like a fleet of warships making ready to cannonade the land with fire, water, wind, and ice.

Hours before, when Hiram woke her, Miranda had been dreaming of stumbling through woods and brambles onto a path that brought her out of the trees and into a clearing, where the land sloped up to a hilltop draped in flowering kudzu, little white blossoms aglow in the moonlight. Cradled in her arms, a black bullhead catfish she had only just pulled slick and dead from the bayou. Atop the hill: the witch’s cabin on stilts, one yellow flame burning in a window. Miranda went up the crooked, red-mud path, up the wide board steps of the porch, and into the cabin, where the old witch stood waiting. She dropped the fish in the old woman’s bread bowl and the witch took her filleting knife from her apron and slit the fish’s belly. Miranda put her thumbs in the fish’s gills to lift it and the innards slopped out in a purple heap. The old witch slung the guts into her boxwood stove, where they hissed and popped in the fire, and the dead fish heaved in Miranda’s hands, came alive, began to scream. It screamed with the voice of a child.

Then Hiram’s hand on her shoulder, shaking her.

Now, in the johnboat, she was waiting. Chin in hand, elbow on her knee, just as she had sat waiting earlier that night on the porch steps of Sabbath House. They had fetched the witch from her cabin on the bayou, and from there upriver to that ugly, paintlorn manse.

The front door of the plantation house stood open to let in the cool, blustery air. Last fall’s leaves skittered over the boards like giant palmetto bugs as, inside, the witch went about her ancient trade behind a shut bedroom door. Across the gravel lane, Hiram stood in the bald, root-gnarled yard of a low shotgun house, talking softly to a man who was not quite five feet tall. The little man listened intently, head down, hands in his pockets. Windows of the other five shacks that stood beneath the trees were lit, a few men smoking anxiously between the clapboard dwellings, just beyond the reach of their own bare-bulb porch lights. Vague, grown-up shapes to Miranda.

Within the manse, a woman screamed, freezing every soul who heard.

Another scream: the wail of something deep and true torn loose, lost to the dark.

Hiram and the dwarf went charging past Miranda into the foyer, only to halt in shock at the foot of the stairs. Miranda pushed between them and saw an old man, all legs and elbows in black suit pants and a bloody white shirt, stagger out of the bedroom to sit like a broken toy at the top of the stairs. He clutched in his hands an object, something Miranda could not see, forearms red with blood up to his cuffs, which were rolled at the elbows. Miranda felt her father’s hand on her shoulder, and when she looked up she saw Hiram’s face gone pale as chalk. The little man to her right was stout and strong, but she glimpsed it on his face, too: horror.

Explore the World of The Boatman's Daughter

other titles by Andy Davidson 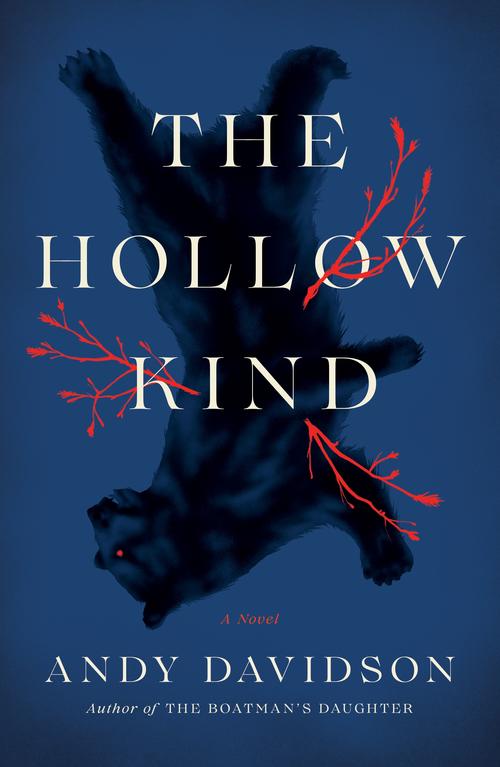