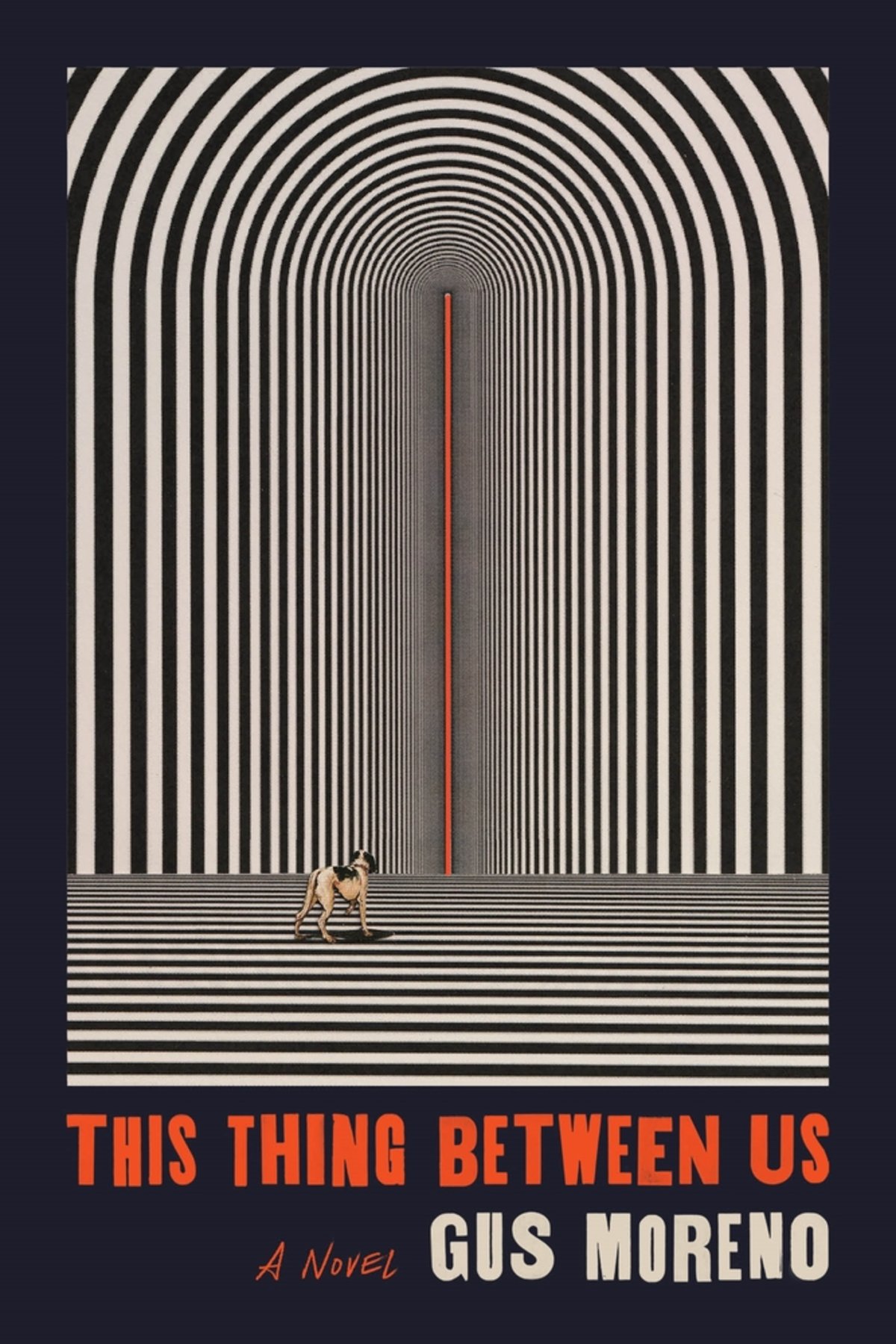 If you’re tired of summer reading… fear not! We’ve got some book-adjacent playlists for getting in the reading zone, or the writing zone, or just to zone out. We’ve got songs for summoning sharks and songs for starting your sourdough. If you’re fed up with “Peaches,” we’ve got “operatic post-punk” and drum-and-bass. If you’re bored of your staycation, we’ve got sounds from northwest London and the Texan borderlands. If your vacation is getting a bit too paradisaical, we’ve got vibes from near-future dystopias and for when you’re just a “tortured being traversing a blasted desert hellscape.” Shrug –– such is August.

We’re pulling from the MCD playlist archives here, but also have something new! Gus Moreno, the author of This Thing Between Us, a creepy techno-horror novel out from MCD this fall, has shared his writing soundtrack with us. Without further ado:

MASK OFF This Thing Between Us, by Gus Moreno

Gus Moreno explains: “When writing, I would listen to a version of “Mask Off” that was slowed by 800%. It’s basically an eerie movie score at that speed, perfect for background noise. But, I also had a playlist! I tried to format it to go with the flow of the story, but this was more of a “mood” listening experience, to get me into the headspace when I wasn’t writing.”

More from the playlist archives…

KAFKA ON THE BORDER (+ a photo essay)/ Tears of the Trufflepig, by Fernando Flores

“When a character in a nineteenth-century novel passes by a street musician playing a tune, I always feel a sense of regret as a reader that the author failed to mention the song’s name or even its style. One of my great interests is music that existed in the streets before the idea of a record, radio, or hit single, and how this unrecorded, forgotten music shaped life back at the time and continues to shape life today, undetected. It’s part of what I call the hidden landscape of our lives, the hidden landscape of what’s directly in front of us. Upon approaching a project, I am always searching for, and attempting to navigate, its hidden landscape. Sometimes you get lucky and it finds you, and for me, more often than not, I encounter those worlds through an old or little-known song. Though Tears of the Trufflepig’s essence is South Texas, I tried finding its landscape outside this setting with the help of these songs, and hundreds of repeated listens.”

SONGS FOR SUMMONING SHARKS/ Sharks in the Time of Saviors, by Kawaii Strong Washburn

Kawaii says: “I split the playlist into four sections to match the structure of the novel. Each playlist section is led with a song from Hawai’i that (I hope) rings with the thematic elements of that section’s songs. There’s some reggae, there’s some hip-hop, there’s some soul and R&B.”

SONGS FOR STARTERS (+ a recipe, and a confession)/ Sourdough, by Robin Sloan

If you want your sourdough starter to sing, you’ve got to feed it some tunes. ** THIS PLAYLIST IS NOT FOR HUMANS; HUMANS, DO NOT LISTEN TO THIS PLAYLIST **

Danny Vazquez introduces this playlist, saying: “I was on an uptown-bound bus in Manhattan when I first heard Skepta’s 2016 album Konnichiwa. It’s an apt soundtrack for a bus ride through the city, an ode to urban life. Reading Guy Gunaratne’s In Our Mad and Furious City for the first time gave me a similar feeling.”

In Ghost Hardware, Tim Maughan takes us deeper into the lives of the characters from his prescient debut novel, Infinite Detail. Here, a playlist to serve as the backdrop to the all-too-real imagined alternate reality of that book.

Jeff writes: “Pervading everything in Dead Astronauts is a dual sense of anger and defiance mixed with acceptance and loss. These are big, almost operatic emotions that manifest in the novel in both bold, over-the-top ways and in a minor key, with intricate little eddies and shifts in perspective.”